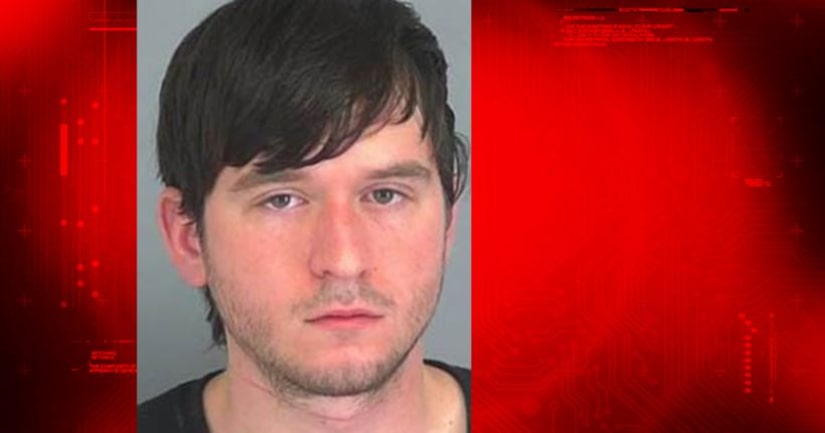 WELLFORD, S.C. -- (KRON) -- A man is accused of beating a pregnant woman, squeezing and hitting her stomach and cutting himself with a box cutter saying he was “going out in a blaze of glory,” according to a Spartanburg Co. Sheriff's Office report.

Deputies were dispatched to a domestic disturbance at a home on Lemuel Dr. on 6/26 around 11:15 p.m.

When they got there, Finley was standing in the driveway, intoxicated and uncooperative, according to deputies.

They spoke to the victim, a 30 weeks pregnant woman, was inside a neighbor's home.

The woman told police Finley came home after drinking and hurt his hand trying to swat a wasp nest off the porch.

She told Finley she didn't see any injury. Finley went in the bathroom and came out with a cut on his hand.

The woman told him it was a bad cut and should go to the hospital.

At that point Finley got upset, grabbed her by the throat and started to punch her in the head, according to the victim.

She told deputies he grabbed her by the leg and pulled her off the dragging her to the bathroom.

He then hit her in the stomach and head. He grabbed her by the neck and started to choke her, according to the victim.

She said he let her up only if she did what she was told and he wanted her to go to the second bathroom with him.

She said while she was following him, she tried to get out the door, but it had been locked.

Finley grabbed her and put his boxers over her mouth telling her to stop screaming.

She told deputies he dragged her to the baby's room and starting hitting her all over.

Finley then grabbed some keys and held her down with a hand over her mouth and had one key pointing out, aiming for her face, according to the victim.

She said she screamed “PLEASE STOP I'M PREGNANT” and Finley put another key toward her stomach.

She was able to kick the keys from his hand, but he grabbed her by the hair and hit her repeatedly in the head, according to the report.

Finley then grabbed her belly and squeezed it. Then held her by the hair and tried to kick her in the stomach, said the woman.

She told Finley she would do whatever he wanted and to not hurt the baby.

Finley held onto her arm and said he didn't trust her not to run.

Finley then took her to the bedroom and told her to find the box cutters and to take him to get beer – then he would let her go.

Finley then told her “I'm going out in a blaze of glory,” according to the victim.

He grabbed a box cutter and started to cut himself on the arm saying he didn't want to live, according to the woman.

He also broke both cell phones so she could not call police, according to the report.