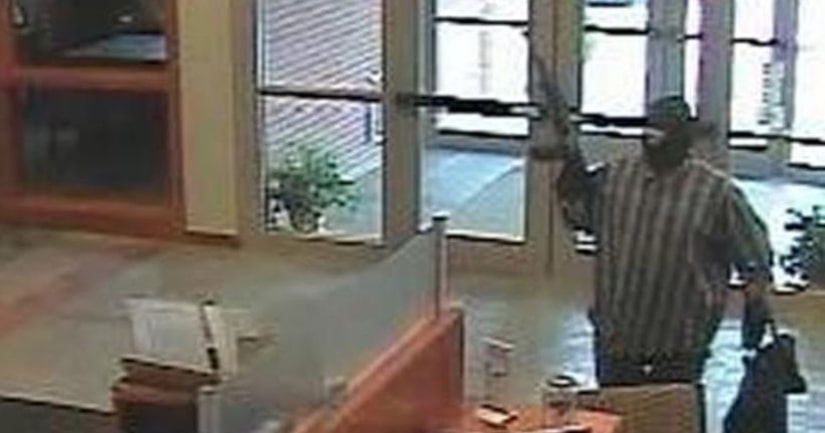 LOS ANGELES -- (KTLA) -- From jail in Nebraska, Richard Gathercole asked his mom: “Did you get all the guns out, too?”

The request tipped off federal agents to the trail of one of the country's most sought-after bank robbers, the “AK-47 Bandit,” who is suspected of shooting and seriously wounding a Chino police officer and carrying out a string of heists in California, Washington, Iowa, Idaho and Nebraska.

Federal agents and police from Chino raided Gathercole's Montana home and found a trove of homemade bombs, according to authorities and court documents filed Monday.

Investigators believe Gathercole, 39, is the "AK-47 Bandit," according to a law enforcement source who spoke on the condition of anonymity because the source was not authorized to speak publicly. Gathercole remains in custody in Nebraska and has not been formally charged. It's unclear whether he was being represented by an attorney.