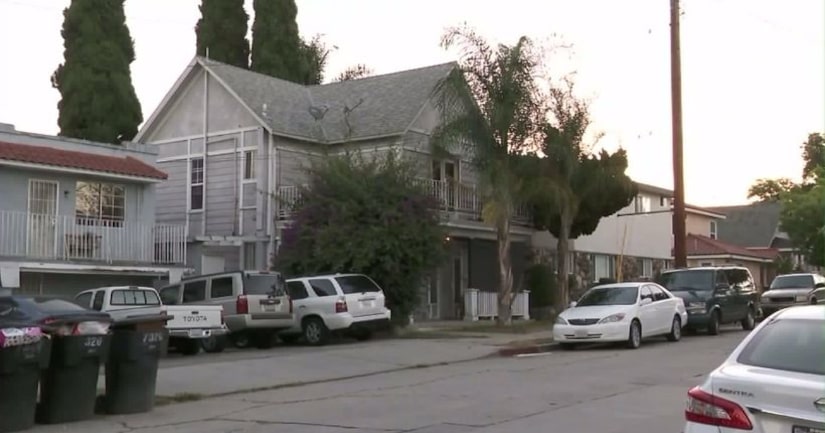 LOS ANGELES -- (KTLA) -- Police are searching for two men who kidnapped a 12-year-old girl from in front of her home in Whittier Monday morning.

The girl was in front of her residence in the 13400 block of Franklin Street about 9:30 a.m. when a man grabbed her and put her in a car, the Whittier Police Department stated in a news release.

The girl told police she saw a second man inside the vehicle, which was driven a few blocks before the kidnappers pulled over and got out in the 13200 block of Dittmar Avenue.

While the men were away, the girl told police she managed to escape the vehicle and ran to a nearby adult for help.

The girl was not injured.

Police described one of the kidnappers as a Hispanic man in his 20s with black hair and a beard. He had a shaved line across his left eyebrow and was wearing a white shirt and blue jeans.

The second kidnapper was a Hispanic man in his 30s with a shaved head. He was wearing a white tank top with tan pants and had a dragon tattoo on his right bicep.

The men were driving a green four-door Chevrolet Malibu from model year 2000, or a similar sedan, police said.