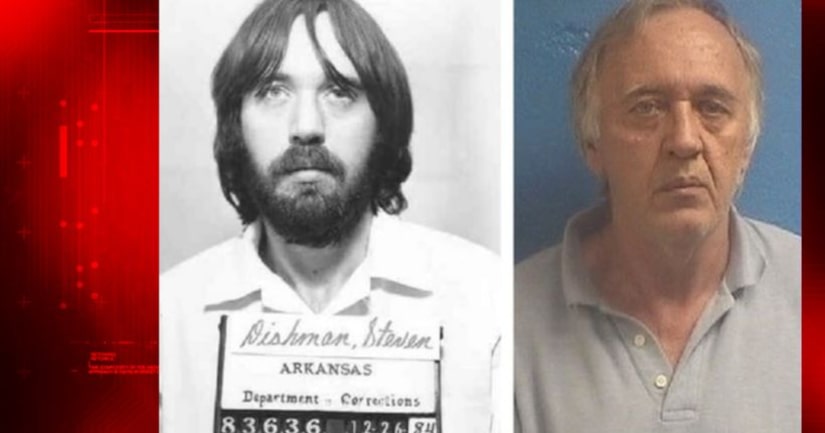 LITTLE ROCK, Ark. -- (KLRT) -- The Arkansas State Police (ASP) is shedding more light on the apprehension this past weekend of an escaped state prison inmate who had been on the run for more than 30 years.

The ASP is investigating where Steven Dishman has been since his 1985 escape.

Dishman, 60, was found Sunday at a home in Springdale by the ASP and Springdale Police Department. He is now being held at the Varner Unit in Grady.

Special Agents of the ASP Criminal Investigation Division have begun to question individuals who may have known Dishman by another name.

The ASP says an individual who had met Dishmam about five years after his escape came forward and told authorities where to find him.

SPRINGDALE, Ark. -- A man on the run for more than three decades is back in custody, according to the Arkansas Department of Correction (ADC).

Steven Dishman, 60, was taken into custody at a home in Springdale. Dishman was originally arrested for theft of property and burglary, according to Solomon Graves, the ADC Public Information Officer.

Dishman's original term was set for seven years from Dec. 20, 1984, when he was originally charged in Washington County for Theft of Property and Burglary. He would have been eligible for parole in 1987.

Dishman escaped custody in May 1985 from the Benton Unit. Earlier that year he was held at the Cummins and Wrightsville units.