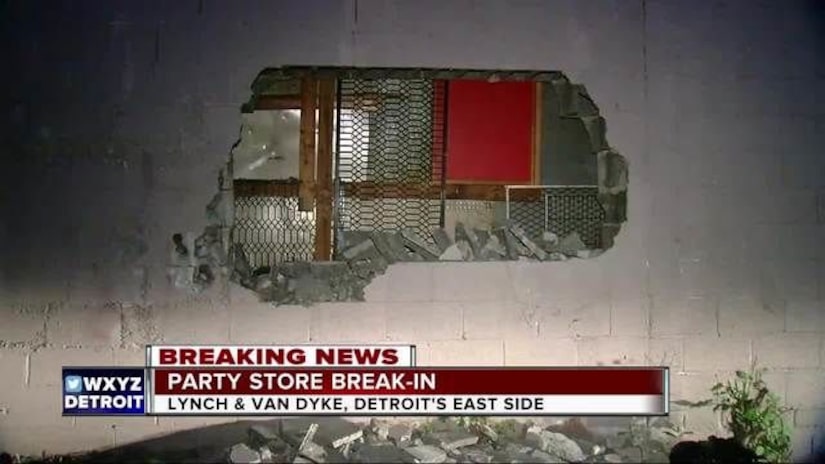 DETROIT -- (WXYZ) -- Detroit police are investigating after thieves broke into a party story near Van Dyke and Lynch Road.

A huge hole can be seen in the back of Lynch's Liquor.

The owner tells 7 Action News the thieves got away with cigarettes, liquor and some cash.

This isn't the first time his store has been targeted. Crooks have already busted in through the roof on two separate occasions, he said.

Police say they have seen a lot of these types of break-ins in the last several months with people using a sledgehammer to bust through walls.

The owner of Game Stop near 8 Mile and Gratiot also reported a break-in of this style Monday morning. Police say the theft happened around 2 a.m.

The suspects made off with several video games.

Police aren't saying if the two incidents are related at this time.

If you have any information on either of these incidents, please contact police.