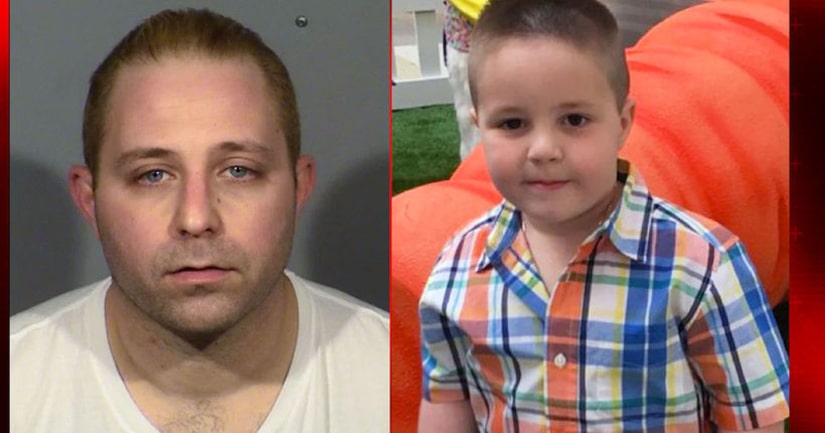 Lacey made the announcement at a late Monday morning, where officials released new information on the circumstances surrounding the arrest of Aramazd Andressian Sr., who is accused of killing his missing 5-year-old son.

Andressian Sr., 35, was arrested on suspicion of murder on Friday, roughly two months after the disappearance of 5-year-old Aramazd Andressian Jr., according to the L.A. County Sheriff's Department.

“The time was right to make the arrest. Aramazd Andressian was being a flight risk,” Sheriff Jim McDonnell said at the news conference.

Andressian remains jailed in Las Vegas and is expected to be arraigned later this week. Andressian Sr. faces a maximum possible sentence of 25 years to life in state prison if convicted on the charge, Lacey said.

Andressian Jr. was last seen leaving Disneyland with his father in the early morning hours of April 21; his mother reported the child missing on April 22, after her ex-husband didn't show up with their son for a pre-arranged custody transfer in San Marino.

Andressian Sr. had been found unconscious at Arroyo Park in South Pasadena later that morning, and the boy was nowhere to be seen.

The father told investigators he had taken his son to the park while waiting for the nearby golf course to open, and that the next thing he remembered was waking up in a hospital.

Sheriff's officials later said Andressian Sr. had ingested prescription medication that did not belong to him, and was discovered passed out next to a gasoline-covered BMW. Matches and gas were found inside the vehicle.

He was arrested the same day his son was reported missing, but authorities later released him because, they said, there was not enough information to prosecute him at a time.

The last confirmed sighting of the Andressian Jr. -- who is known to family as "Piqui" -- was around 1 a.m. on April 21, when the boy and his father were seen leaving the Disneyland theme park in Anaheim.

Andressian Sr. told detectives that he had taken his son to Lake Cachuma in Santa Barbara County later that day. However, surveillance video and multiple witness accounts place Andressian Sr. alone at the location, and investigators said they have no evidence that the child was with him when he went.

The lake and surrounding areas have been searched twice, the last time on June 10.

Arroyo Park was also the subject of an intense second search on May 18, but investigators turned up nothing during the hourslong effort.

On May 25, homicide detectives issued a search warrant at the home belonging to the mother of Andressian Sr., seizing “various items of evidence,” according to the department.

The case remains under investigation, and anyone with information is urged to call the sheriff's Homicide Bureau at (323) 890-5500, or leave an anonymous tip through Crime Stoppers by dialing (800) 222-8477.