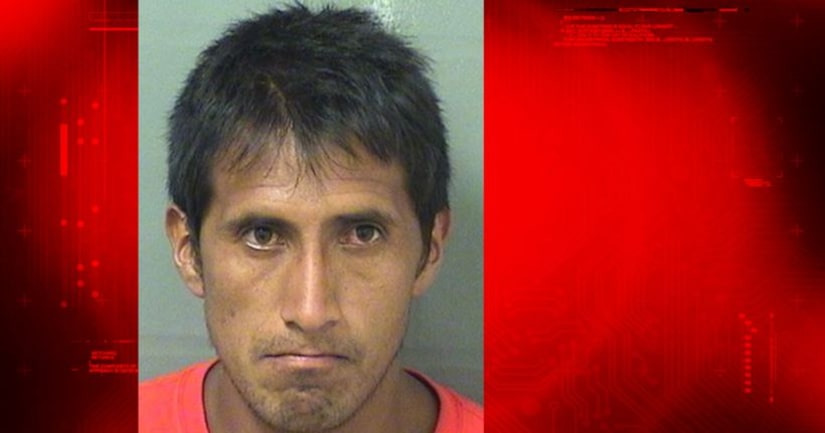 WEST PALM BEACH, Fla. -- (WPTV) -- A 30-year-old man is facing a felony stalking charge after police say he repeatedly made contact with a 10-year-old girl.

On Wednesday, June 21, an officer responded to an apartment complex on 36th Street in West Palm Beach and spoke to the girl.

According to police, the girl says she was chased by a Hispanic male, later identified as Galindo Gonzalez. The girl said Gonzalez was yelling "come here, you're going to be sorry," at her.

When she ran back to her residence, the girl says Gonzalez stopped chasing her and fled from the apartment complex.

The girl told police that Gonzalez rode his bike to the apartment complex one week earlier, stopped his bike when he saw the girl and just sat and watched her.

The girl told police that she felt uncomfortable and scared because of the way that Gonzalez was staring at her.

During the interview, Gonzalez was spotted walking outside the apartment complex and the officer approached him to question him. The arresting officer says Gonzalez entered a "heightened aggravated state" and he placed Gonzalez under arrest for stalking.

While searching Gonzalez, the officer located what appeared to be a falsified green card in his wallet.