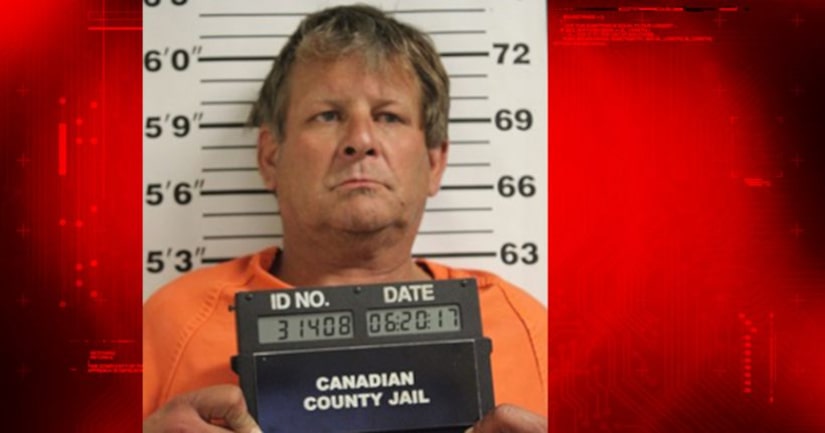 YUKON, Okla. -- (KFOR) -- An Oklahoma man is accused of setting a home on fire in an attempt to kill the residents who lived inside the home.

Sheriff's deputies initially responded to a Calumet home in the early morning hours of June 20th in response to a domestic disturbance.

Upon their arrival, deputies observed a mobile home on fire, and spoke with the owner of the residence.

The man told authorities that his cousin, 53-year-old Stacey Durrett, tried to kill him and his son in the house fire.

Investigators learned Durrett attempted to lock the victims inside the residence by tying an extension cord to their door handle, preventing them from opening the door.

When the man told Durrett “You are going kill my kid too,” the victim said that is when Durrett said he would let the kid out, but was still going to kill the dad.

The victim told authorities that as soon as Durrett let the door open, the victim and his son were able to exit the residence.

Seconds later, a propane tank blew up, igniting the home.

Officials said Durrett fled the scene while the victims watched all of their possessions burn in the fire.

Officers then went to a Yukon hotel where Durrett was reportedly staying.

When investigators arrived to the motel, they entered Durrett's room and found rose petals on the floor, leading to the bathtub, where they found Durrett.

He was immediately taken into custody.

“Durrett told my investigators he had hired an escort to come to his room, and wanted to spice up the atmosphere a little,” Canadian County Sheriff Chris West said. “He wasn't even phased by the fact he had tried to kill his relatives in a house fire just a few hours earlier.”

Once Durrett was transported to Canadian County Jail, investigators interviewed him regarding the arson.

Officials say Durrett admitted he was at the location and tied an extension cord to the door handle.

Durrett was booked into the Canadian County jail on two counts of attempted murder, and one count of arson in the first degree.