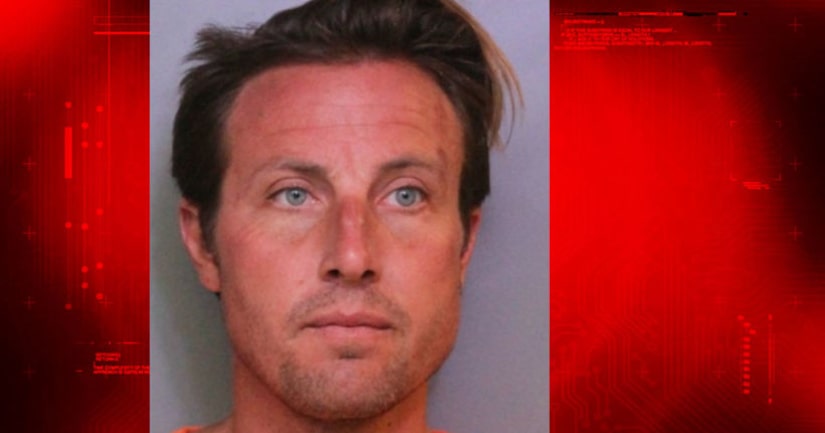 LAKELAND, Fla. -- (WPTV) -- Lakeland police arrested a man accused of stealing a van, jumping on the wing of a plane that was preparing to taxi and then trying to board the aircraft.

On Thursday around 2 p.m., investigators said a surveyor stepped out of his 2008 Dodge van and was removing tools from the back, when Gregory A. Hoch, 37, stole the vehicle and drove off.

A nearby witness saw Hoch get in the van and suspected he had stolen it. The witness followed the van and told law enforcement what he saw.

At one point, police said Hoch hit a curb and blew a tire, but continued for about five miles to Lakeland Linder Regional Airport.

A lieutenant nearby gained sight of Hoch, who had run through Double M Aviation and entered the airfield owned by the city of Lakeland.

He got onto the runway and began running around several planes. Hoch jumped onto the wing of a 1978 PA-28R Arrow that was preparing to taxi down the runway. Police said he then started pulling on the door to get inside.

The lieutenant pursued him onto the wing and pulled him out of the airplane just as he gained entry.

The two fell back on the wing and onto the runway. Police said Hoch resisted arrest but was eventually taken into custody.

Hoch said he was planning on making the pilot take him somewhere. He was also in possession of $384 worth of stolen property from the Dodge van.

He was arrested and charged with two counts of grand theft, one count of trespassing, one count of burglary to an occupied conveyance (airplane) and resisting arrest without violence.