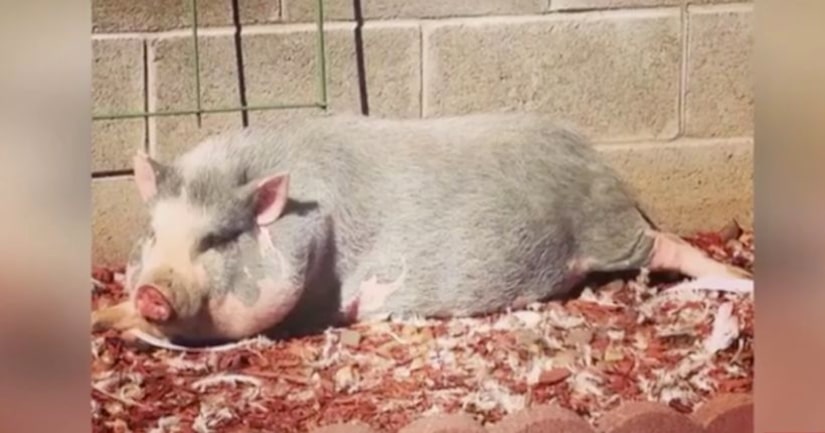 Family and neighbors said they want to know why someone would kill the beloved pot-bellied pig.

She said she's owned the pig for about a year.

"(He) was not a normal pig. He was a family member," Heather said.

Heather said, "I let him outside and that's how Pete became our neighborhood pet."

His blanket sat outside her friend's home near the woods on Kent Lane. Pete slept right by his friends, two other pigs Max and Bosley. Three chickens ran around the pigs too.

Pete's owner said it was not unusual for him to travel down the rural road from her friend's house to her grandma's house then to her home.

She said, "He'd come say hi for a little bit then go home."

Brewer said Pete would pass by her home.

Heather showed us down the road in front of her grandmother's house where her family found Pete dead Thursday.

She said, "He was laying under one of his favorite bushes."

Her family found their pet shot once and killed, according to Heather.

When we asked her if she knew who could have killed him she answered, "if I had to point a finger and I had a million dollars to pick the right person? No. I have no idea who did it."

Heather said the person who killed Pete needs to know they killed her young son's friend.