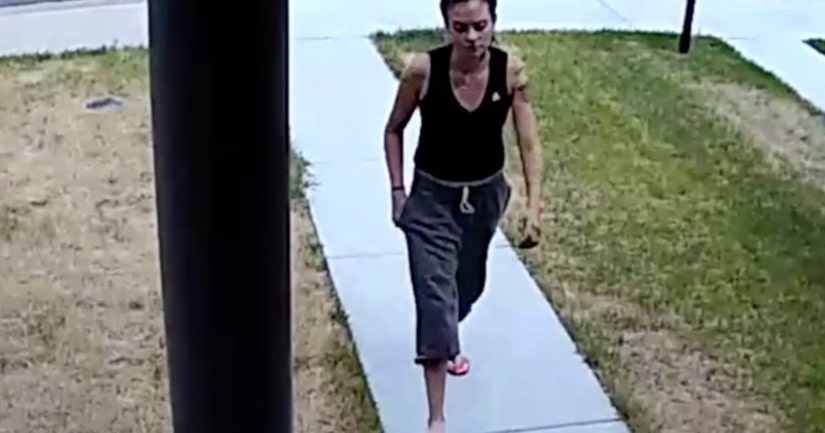 DENVER -- (KDVR) -- "Porch pirate" crimes are on the rise in Denver and across the country.

Nine-year disabled U.S. Army veteran Mike Long and his wife had their new surveillance security system installed Thursday, and captured a woman walking up to their porch and stealing packages two days later.

"It does make you feel violated because that was my wife's jacket and some toiletries and some gifts and stuff like that," Long said.

The security footage shows the postal carrier dropping off two packages at their front door then hitting the doorbell.

Then, an identifiable a tattooed woman walks up to the porch and steals the packages.

"And it came to my phone as an alert and I came back home about 10 minutes later and they were gone," Long said.

Long called police and showed the officer the video while filling out a crime report.

"The officer did share that there's been a lot of these going around in the city and it is hard to find them unless you have a camera system or you have their picture or someone knows who they are so that's just what I'm trying to do I'm trying to get her face out there," Long said.

Neighbors say they think the couple might have been following the postal carrier as he delivered packages.

The neighbors said they saw a truck parked at the end of the block for hours before the thieves struck and then disappeared.

"What bothers me is that they're walking around following the mailman just walking up to houses like they own the place and taking people's things," Long said.

The trend for these kinds of crimes is on the rise in Denver with 264 packages stolen in 2015. The crimes are on track to be well more than 400 this year.

The crime is also growing nationwide with an estimated 23 million packages stolen from porches and mailboxes.

Long said he knows he won't get his stuff back.

"At least just put some heat on these people that go around and do it so they're not so brazen and they do know that they have something to fear," he said.