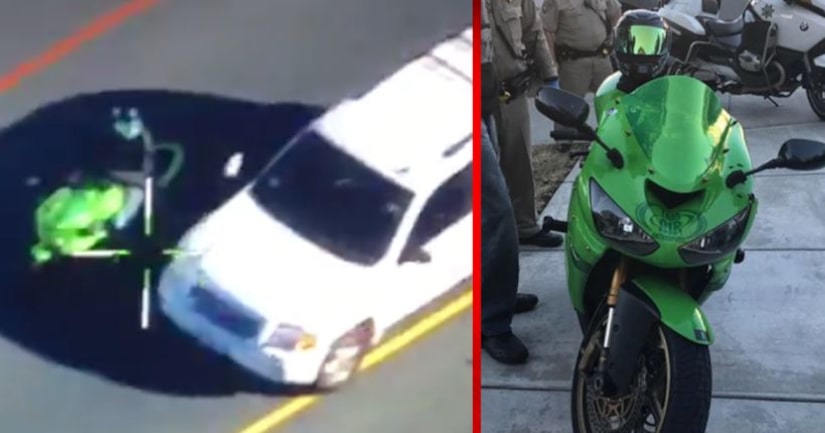 CHP Contra Costa posted a video on Facebook of the green Kawasaki motorcycle on Highway 24 by Hidden Valley Road in Orinda.

Authorities used a helicopter to help track the motorcyclist who led them to his house where officers were waiting for him.

CHP officials claim that he was kicking, punching, and smashing mirrors of others drivers multiple days in a row last week.

Authorities are asking for any other victims of the motorcyclist to call 925-646-4980.