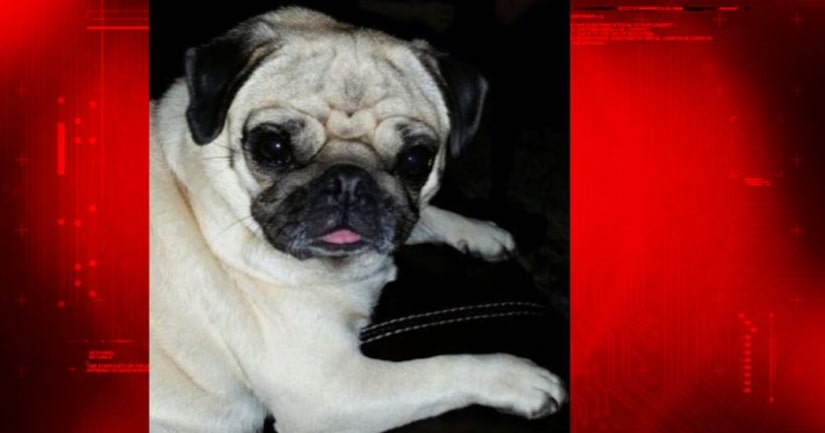 PHOENIX -- (KNXV) -- A south Phoenix family is heartbroken after returning from vacation only to find their house was broken into, and their family pet was taken.

According to the family, a thief got into their home near 24th Street and South Mountain Road by kicking the door in. The suspects stole belongings and left blood inside the house after cutting themselves on a window.

The homeowners said the thief took the family's pug, Olivia, with them. Olivia's family has placed posters around the community alerting neighbors of their beloved pooch who they want safely returned home.

During the theft, a family friend's dog was also taken, but the Miniature Pinscher was located almost 20 blocks away.

Olivia's pet mom is worried the pug is roaming the streets in the heat.

Anyone with information regarding Olivia's whereabouts is encouraged to contact the family via phone at 623-512-1370 or via email at azglee@aol.com.