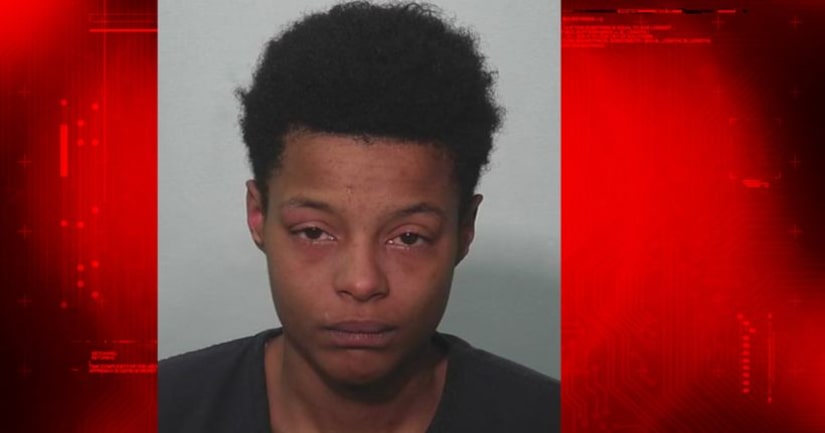 FORT WAYNE, Ind. -- (WANE) -- A woman arrested on multiple charges after a mother and her infant son were stabbed in February has admitted to the allegations.

Taja McCarter, 28, pleaded guilty in Allen Superior Court to aggravated battery and battery, both felonies, related to an incident inside a home in the 2600 block of Oxford Street around 12:20 a.m. Feb. 10.

An affidavit filed in Allen Superior Court indicated that a fight between two women led to one woman locking herself inside a room of the home with her three children, including her nearly 1-year-old son.

The 24-year-old mother told police that her girlfriend, McCarter, kicked down the door of the room and began stabbing her infant son. During the stabbing, the mother suffered a cut on her left arm, the affidavit said.

When the mother put her infant son on the bed, she told police that McCarter struck her in the right temple. After McCarter threw a child's Pack n' Play out on the front lawn and said she wanted the mother and her children to leave, the mother called police.

The affidavit revealed that the infant was stabbed twice in the back, and the knife was believed to have entered his lungs. He also suffered a stab wound on his lower left thigh. At the hospital, the child underwent surgery. FWPD Officer Chris Felton initially said at the scene that the child was expected to survive his injuries.

Felton told NewsChannel 15 that McCarter surrendered to police without incident.

At the police station, McCarter was said to have been lying on the floor. After some convincing, McCarter sat in a chair and police saw blood on her shirt. McCarter was very hostile and refused to comply with an interview, saying she was at a bowling alley during the incident and didn't know anything about a baby being stabbed, the affidavit said.

During an interview with one of the other two children, the child admitted to witnessing McCarter stabbing the infant.

The mother told police that McCarter had been her girlfriend since September 2015. She stated that this was her first night in McCarter's home since a fight they had in January 2016.