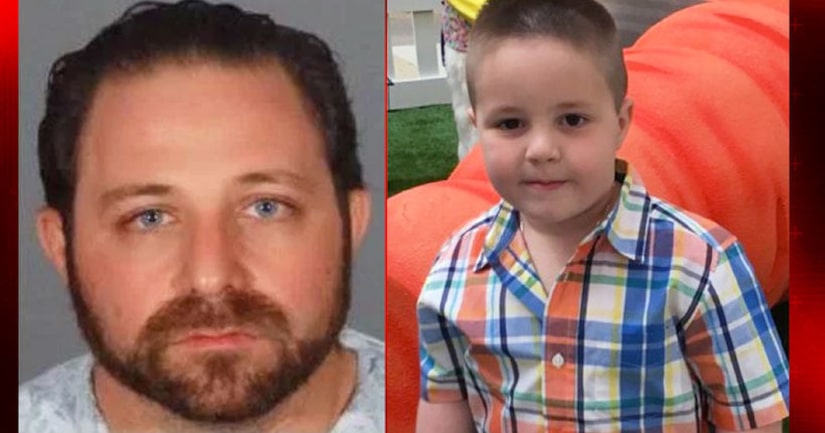 LOS ANGELES -- (KTLA) -- The South Pasadena father of a 5-year-old boy who hasn't been seen since the pair left Disneyland in April has been arrested on suspicion of killing him, the Los Angeles County Sheriff's Department announced Friday.

Aramazd Andressian Sr. was arrested in Las Vegas and booked at the Las Vegas Metropolitan Police Department. He is being held on $10 million bail, according to a sheriff's news release.

The arrest comes about two months after his son, Aramazd Andressian Jr., was reported missing by his mother, after her ex-husband failed to show up with their son for a planned custody exchange in San Marino on April 22.

Andressian Sr. had been found earlier that Saturday morning passed out next to his BMW -- which had been doused in gasoline -- around 6:30 a.m. at Arroyo Park, sheriff's homicide Lt. Joe Mendoza said.

He was initially arrested later that day before being released days later, after it was determined there wasn't enough evidence to prosecute him, according to Mendoza.

After reviewing all of the evidence, homicide investigators presented the case to the Los Angeles County District Attorney's Office and obtained a murder filing against Andressian Sr., sheriff's officials said Friday.

There have been no confirmed sightings of the 5-year-old since he and his father left Disneyland in the early morning hours of Disneyland on April 21.

Andressian Sr. told investigators that he had taken his son to Lake Cachuma in Santa Barbara County the day before he was reported missing. But while multiple witnesses reported seeing Andressian Sr. at the lake by himself, detectives said they were unable to find evidence he was with the child. 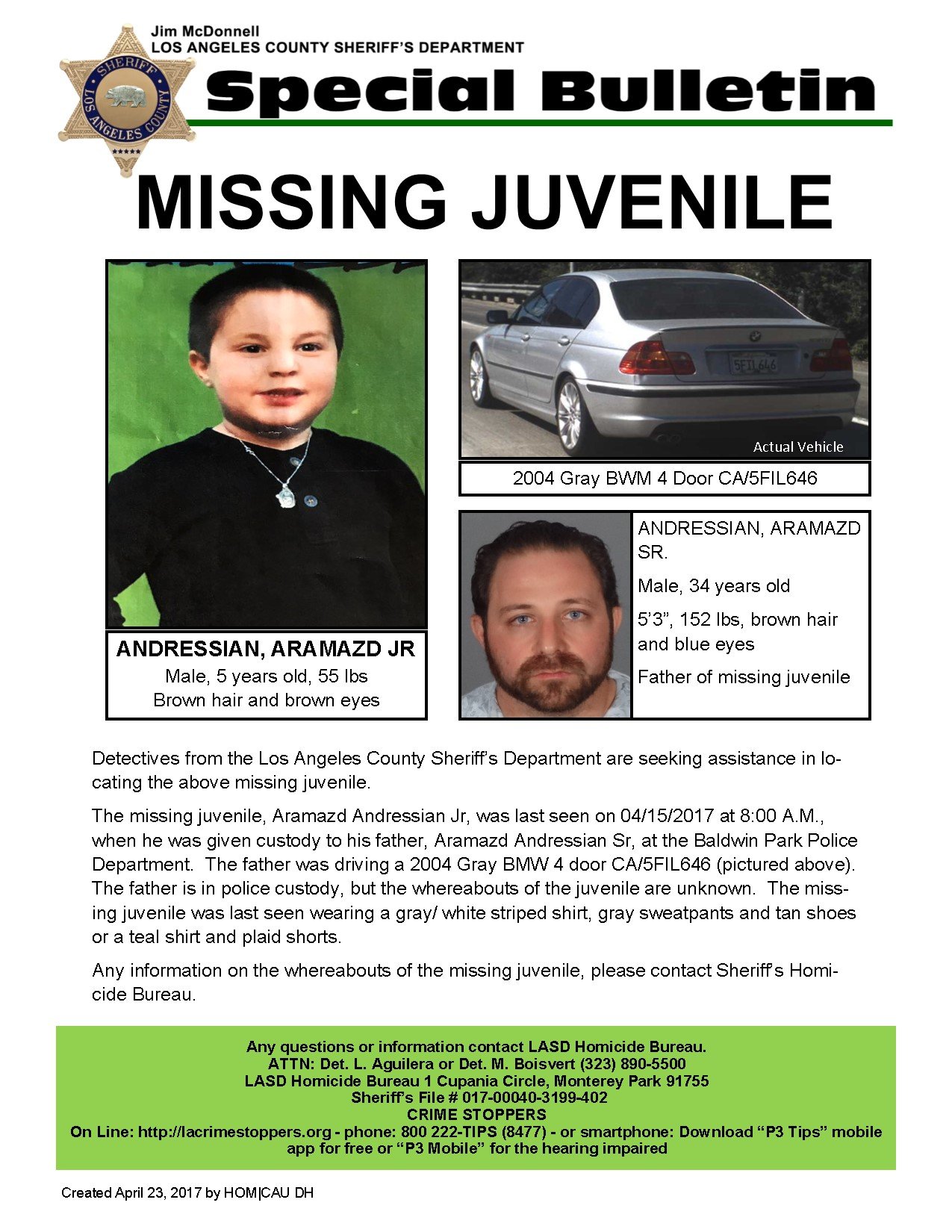