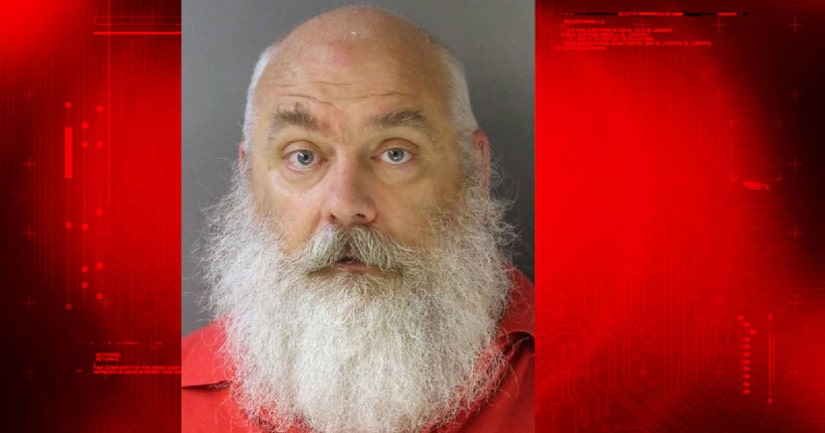 RIDLEY TOWNSHIP, Delaware County -- (WPMT) -- A 56-year-old Philadelphia man is facing multiple felony charges for attempting to lure what he thought was a 14-year-old girl into having a sexual encounter, Delaware County District Attorney Jack Whelan announced in a press release.

The arrest comes at the conclusion of an undercover investigation by the Delaware County Criminal Investigation Division Internet Crimes Against Children Task Force and the Ridley Township Police Department.

The Delco DA's Office said that on April 12, a Ridley Township police officer was working undercover for a Pennsylvania Internet Crimes Against Children Task Force investigation. The officer, posing as a 14-year-old girl named “Stephanie,” responded to an advertisement posed on a website titled “young uns — m4w (NE).”

“Stephanie” made contact with McKinlay and began exchanging messages in which “she” confirmed she was 14.

After learning her age, McKinlay began having sexually explicit conversations with “Stephanie” over the course of a month. McKinlay also sent graphic pictures and referred to himself as “dirty old Santa.”

Believing he was speaking to a 14-year-old girl, McKinlay described how he would love to see “Stephanie” naked and teach her about sex. On June 12, they began discussing meeting up in person, and two days later, it was confirmed they would meet at 4 p.m. on Wednesday, June 21 at an ice cream store in Ridley Township. McKinlay told “Stephanie” it would help if she didn't wear many clothes in the first place, and told her to wear a sleeveless T-shirt, shorts, sneakers and nothing else.

On June 21, McKinlay arrived at the ice cream store in Ridley Township, to meet who he thought was a 14-year-old girl. Instead he was met by the undercover officer and several other law enforcement officials. He was taken into custody without incident and remanded to the Delaware County Prison after failing to post bail which was set at ten percent of $250,000.

His preliminary hearing is scheduled for July 10.

As the result of the investigation it was determined that McKinlay held himself out as Santa. Further investigation confirmed that he was a seasonal employee at Macy's in Philadelphia although his exact position could not be confirmed, the district attorney's office said in its release.