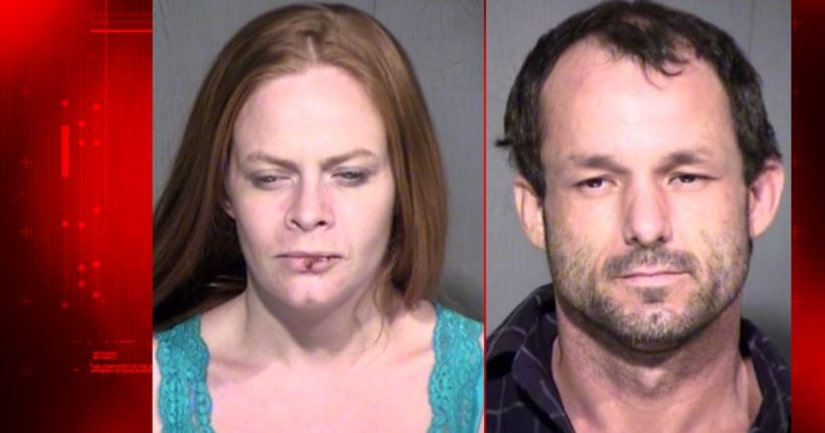 PHOENIX -- (KNXV) -- A Buckeye couple has been arrested for allegedly stealing $100,000 worth of alcohol from Fry's grocery stores in six Valley cities.

Surprise police report that from December 2016 until their arrest on June 19, a couple from Buckeye stole liquor from Fry's Food Stores in six Valley cities.

Police say they conducted surveillance on the couple and observed them going into a store with either an empty backpack purse or cooler bag. They would later be seen leaving the store with bulging bags. On some occasions, the couple would go to the self-checkout register and purchase an item or two before leaving the store.

After 14 thefts, the couple was arrested on June 19 outside the Fry's store near 107th Avenue and Indian School Road. They reportedly admitted the thefts to police saying they traded the alcohol for drugs. They also stated that they traded a friend for the alpha key used to remove the security caps off the alcohol bottles.