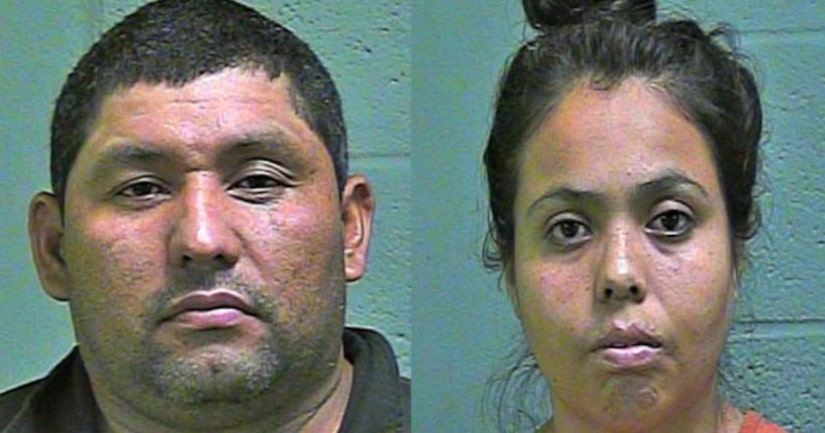 OKLAHOMA CITY -- (KFOR) -- A couple was taken into custody after neighbors say they left their children unsupervised for several hours of the day.

On June 22, officers were called to an apartment in the 42000 block of Athens Ave. after neighbors said several small children were not being fed.

One neighbor told police that she had called DHS and police in the past about the children, who range in age from 6-months-old to 7-years-old, but had not heard back.

Following the first incident, residents told police that the apartment manager told the children's father that he needed to take care of the kids.

According to the arrest affidavit, the next time the neighbor saw the children, the eldest child told her that “their father had hit them and made them hurt because they had bothered the neighbors for food.”

On June 22, the witness told police that she had taken the eldest children to the apartment manager's office for lunch. She said the manager tried to call the children's parents repeatedly but could not reach them.

When security finally found 40-year-old Jose Vargas, witnesses said they became concerned for the children because he seemed 'very upset.'

Officers went to the family's apartment, but no one answered the door. However, an officer could hear an infant crying inside the home.

The affidavit states that a maintenance worker was able to open the door, and all four children were found alone in the apartment.