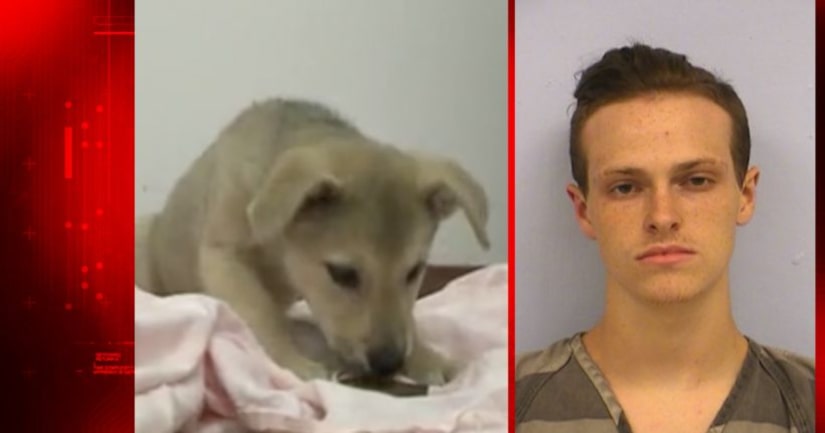 MANOR, Texas -- (KXAN) -- A puppy that had to be rescued from a hot car parked at Manor's Walmart last weekend is being returned back to its owner.

During a hearing on Thursday, a Manor Municipal Court judge determined 20-year-old Chandler Bullen could have 8-week-old Annabelle back, even though he is still facing an animal cruelty charge.

The Manor Police Department says it is extremely saddened and disappointed with the court's ruling but they hope she lives a happy and healthy life.

On Saturday around 4 p.m., as the temperature hit 100 degrees in Central Texas, a person called 911 to report a puppy was inside a Ford Focus that only had a sun roof partially opened.

Since the sun roof was cracked open, the officers used a tire iron to reach through and unlock the car to get the puppy out. The puppy was overheated, infested with fleas and appeared to be in poor condition, Manor police say.

When Bullen returned to his car about 15 minutes later, he said he was shopping inside Walmart for about 30 minutes. When asked why he left the animal in the hot car, he said “he didn't want to waste gas.”

Since Saturday, the puppy has been at the Austin Animal Center for treatment. She will be released to Cullen as long as he pays a fee, which is around $200. He will also have to appear in court in 30 days with the puppy and provide proof that he took the dog to a veterinarian. 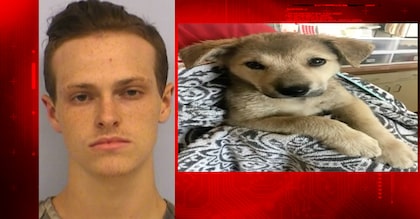