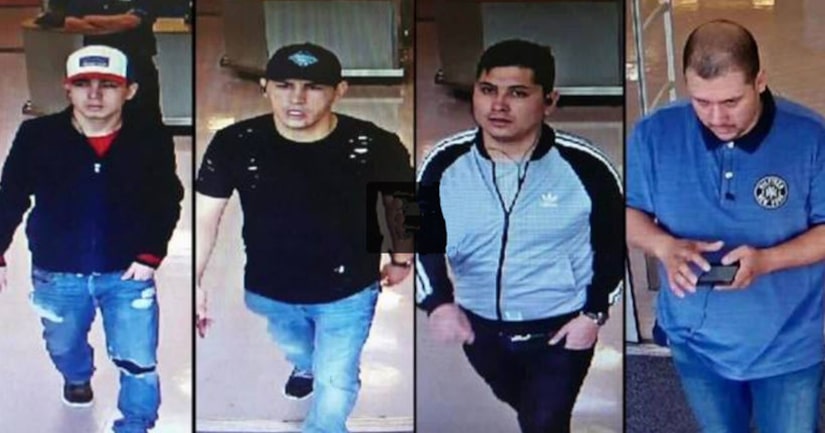 The men are believed to be part of a large group that has been committing similar crimes at Toys R Us stores in other states, according to detectives. The Sheriff's Office said it was unable to tell News4Jax which states.

News4Jax crime and safety analyst Gil Smith believes the thefts could be an "inside job," saying they be focused solely on Toys R Us stores because one of them may know the system?

"This tells me this may be someone who is a former employee of Toys R Us, or a current employee," Smith said. "That's why they are using a chain store because they are built or designed the same way or have the same locking mechanism and security systems. So they don't have to study it because they are going to be the same from state to state."

Smith said the men captured on security footage at the Orange Park store may never even be recognized by someone in the state of Florida.

"They will recruit people from different parts of the country. So more than likely, they are not from this area," he said. "These types of organized crime rings are responsible for over $30 billion worth of theft per year. So they recruit the right people, usually someone without a criminal record, so if they do get a fingerprint, they won't show up on the database."

Anyone with information about the men seen in the surveillance images is asked to call the Sheriff's Office at (904) 264-6512.