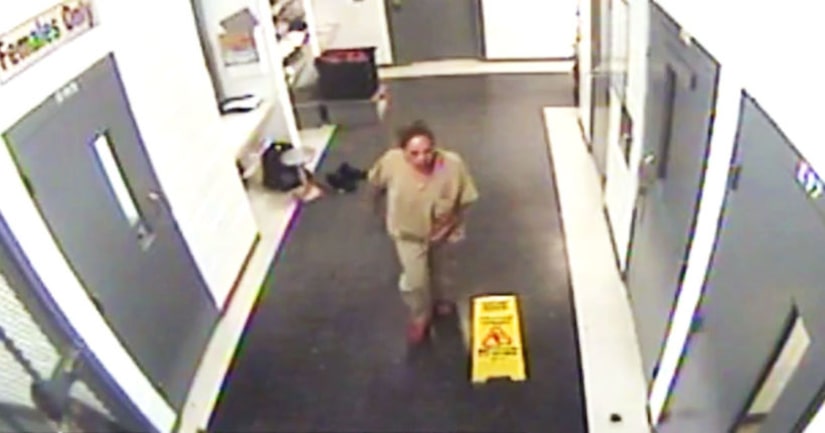 SANTA FE, N.M. -- (KRQE) -- A woman posed as a police officer in an attempt to escape a New Mexico jail.

The inmate at the Santa Fe County Jail added another charge to her record when corrections officers said she tried to escape Friday evening, June 16.

Breanna Nevarez, 23, who was originally arrested on warrants for not showing up to court, is seen on surveillance video roaming the halls at the jail.

Documents show she was supposed to be using a pay phone, but afterward, she walked to a door and pushed a call button to alert someone at the controls to open it.

That's when an officer who was nearby warned over the radio that the inmate was trying to escape. She said she heard Nevarez at the door claiming to be a Santa Fe Police officer to get through.

According to reports, after Nevarez was found out, she hid.

Officers at the jail searched for a minute or two before they say they found her in the nurse's office hiding under a desk.

Nevarez is now charged with a felony for trying to escape.

Court documents show Nevarez has prior arrests for bringing drugs into the jail.