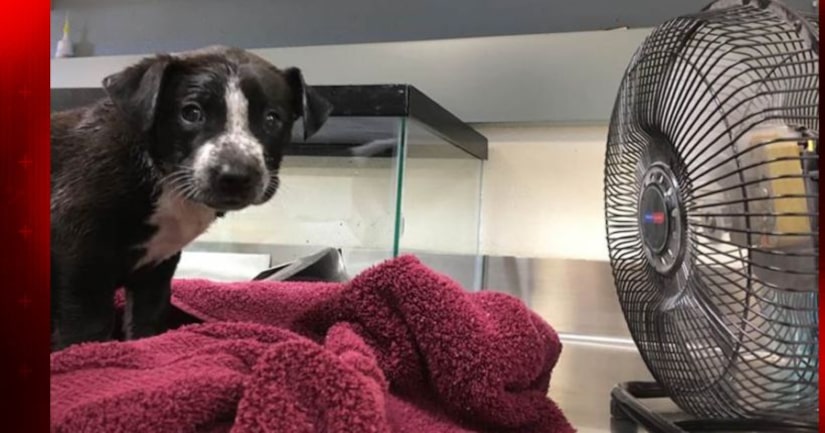 RIVERSIDE, Calif. -- (KTLA) -- Police in Riverside rescued a 2-month old puppy from inside a car where temperatures reached 133 degrees on Wednesday.

Two officers found the female pit bull mix inside a car in downtown Riverside at the intersection of 12th and Lemon Streets around 10:30 a.m.

“When I arrived I found a pit bull puppy in a white Impala that, when I got out of my vehicle, I could hear whimpering,” said Officer Cecelia Morris with animal control.

Authorities were able to rescue the puppy before she suffered serious injuries, Morris said.

“This puppy was very fortunate. We were able to get the puppy out of the vehicle in time,” said Morris. “The puppy's temperature was a little higher than normal. I have taken dogs out of cars that were unconscious and when we took them to the vet they were determined to be brain dead. So it can end devastatingly.”

Police discovered that the temperature inside the vehicle at the time of the incident was 133 degrees.

The puppy was transported to the veterinary services division at the Riverside Police Department where she is receiving treatment, according to police.

The owner was cited for the incident.