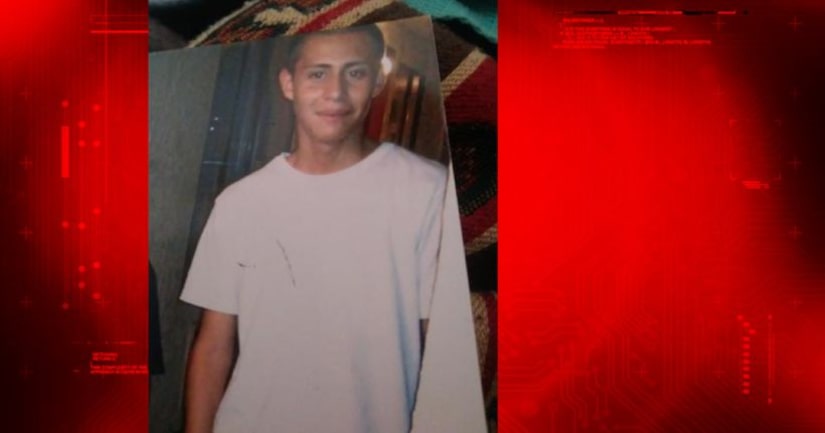 PALMDALE, Calif. -- (KTLA) -- In what officials an "extremely unfortunate incident," a teenager was shot and killed in Palmdale by sheriff's deputies who had opened fire on a pitbull that was charging at them a second time early Thursday, according to the Los Angeles County Sheriff's Department.

Deputies initially responded to a loud noise/loud music call at a residence in the 38500 block of 10th Street East around 3:45 a.m., according to sheriff's Capt. Christopher Bergner. Authorities had responded to the location, in a single-story apartment complex, four times in the past two months in reference to loud music or gang-related calls, he said.

The deputies were approaching the driveway when an approximately 60- to 65-pound adult male pitbull charged and bit one of them on the left knee, Bergner said at a late morning news conference held at the scene of the shooting.

At that point, a male Hispanic juvenile came out and apparently tried to restrain the dog. According to the Los Angeles Times, which cited a copy of an internal sheriff's memo it obtained, the 17-year-old boy owned the dog.

However, his aunt later confirmed that the dog didn't belong to him.

While the teen tried to corral the animal, the deputies retreated to request medical assistance and to call for back up.

But as they waited for other responders to arrive, the pitbull charged the deputies a second time, prompting both of them to open fire, according to Bergner. In total, six to eight rounds were fired.

The shooting prompted the animal to retreat, and deputies regrouped as they tried to formulate a plan to capture the dog, so that no one else would be victimized by the animal, the captain said.

As they did so, the deputies came across the juvenile, who was down with a gunshot wound to the upper torso.

He was rushed to a hospital where he was later pronounced dead.

Officials have not formally released the name of the teen, but his aunt identified him as Armando Garcia.

"How can he be portrayed as a bad person," Amber Alcantar said of her 17-year-old nephew, her voice choked with emotion.

She said her nephew lost his life trying to save a friend's dog.

"From what I hear, they had already shot the dog," Alcantar told KTLA. "So why did they keep shooting?"

Garcia may have been hit by a "skip" round that ricocheted off the driveway while walking around the apartment building; he was approximately 40-feet away from the deputies at the time of the shooting, Bergner said.

FULL STORY: Deputies fatally shoot teen in Palmdale while trying to stop dog from charging at them: LASD - KTLA