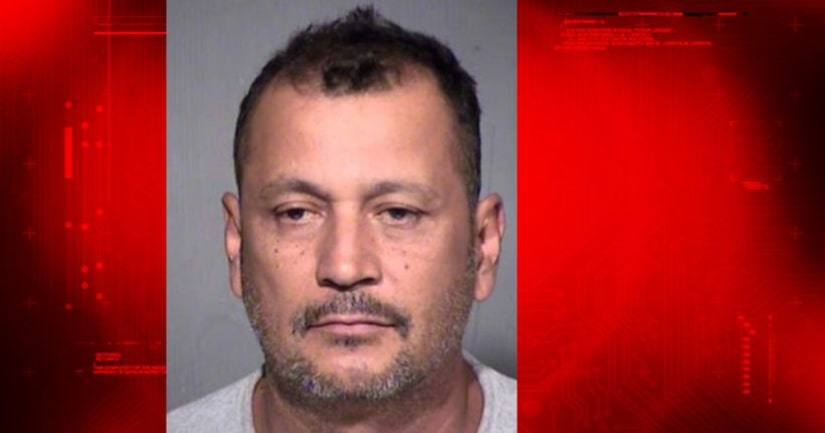 MESA, Ariz. -- (KNXV) -- A smart teenage girl turned the tables on a man who was following her and offering her money for sex.

The Maricopa County Sheriff's Office reports that on June 2 a 15-year-old girl said that she was riding home on her bicycle, from Fry's near Broadway and Ellsworth roads, when she was propositioned by a man.

The girl reported that a man, later identified as 47-year-old Jorge Figueroa, pulled up behind her in a black Dodge truck and offered her a ride. Figueroa allegedly continued to follow the girl and offered her $20 if she would get in the truck. He then upped the price to $60 and then to $80 if she would let him "kiss her breasts."

The girl feared Figueroa would continue to follow her and didn't want him knowing where she lived. Therefore, she turned around and went back to the Fry's store and asked a store manager to call the police.

MCSO located and talked with Figueroa who reportedly told them that he was just offering her a ride, because of the heat.

Later that night, MCSO received a call from a 24-year-old woman who heard what happened to the teenage girl and told them she had a similar confrontation with Figueroa the same day.

Investigators pulled surveillance video from the store which allegedly shows Figueroa following the girl before and after she exited the store.