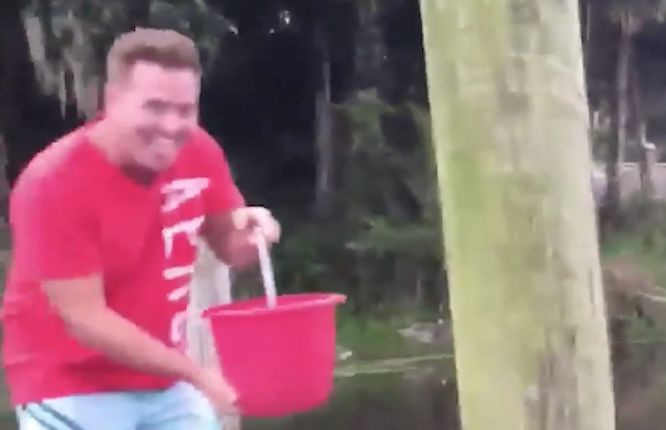 VOLUSIA COUNTY, Fla. -- (WKMG) -- A viral video showing a man throwing an unknown substance into the St. Johns River has prompted the Florida Fish and Wildlife Conservation to investigate the man on manatee harassment allegations, a spokesman said.

The video, posted to Facebook on Friday by a man named Scott McCormick, shows a man hurling a liquid substance from a red bucket into the water. When the substance hits the river, animals begin splashing in the water.

The video has been shared nearly 35,000 times and has been flooded with thousands of comments. The post is embedded below.