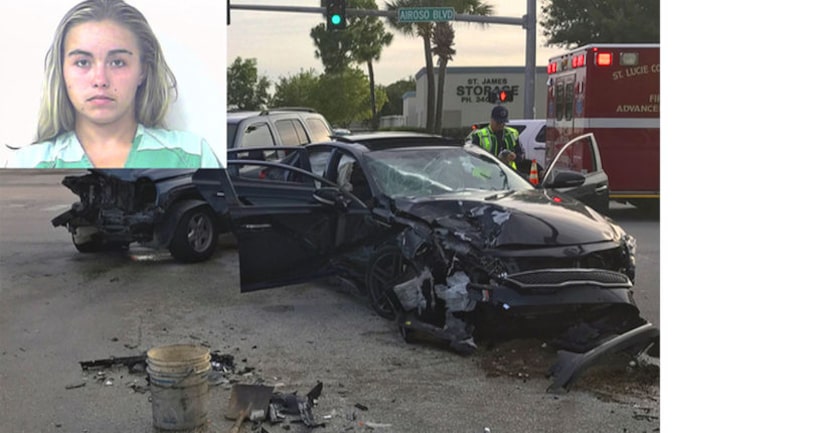 Girl says Brittney Powell, 20, asked her 'if she wanted to learn to drive today'

PORT ST. LUCIE, Fla. -- (WJXT) -- A Florida woman has been arrested after police said she let a 12-year-old girl drive her car, causing a crash.

Brittney Powell, 20, of Port St. Lucie, was arrested Tuesday on a charge of allowing an unlicensed person to drive a car.

When officers arrived, they discovered that a 12-year-old girl was behind the wheel of a car that struck an SUV at the intersection.

Powell, the 12-year-old driver and the two other girls were taken to a nearby hospital. The driver of the SUV and her two children were also taken to the hospital. None of the injuries were considered life-threatening.

According to an arrest report, the 12-year-old girl told police at the hospital that Powell asked her "if she wanted to learn to drive today." The girl said she didn't, but Powell persisted and told her to drive to a Circle K gas station to get something to drink.

Powell had the girl drive back after leaving the Circle K, resulting in the crash, the report said.

Sabol said neither Powell nor the 12-year-old girl were wearing seat belts at the time of the crash. Powell was also issued a traffic citation.