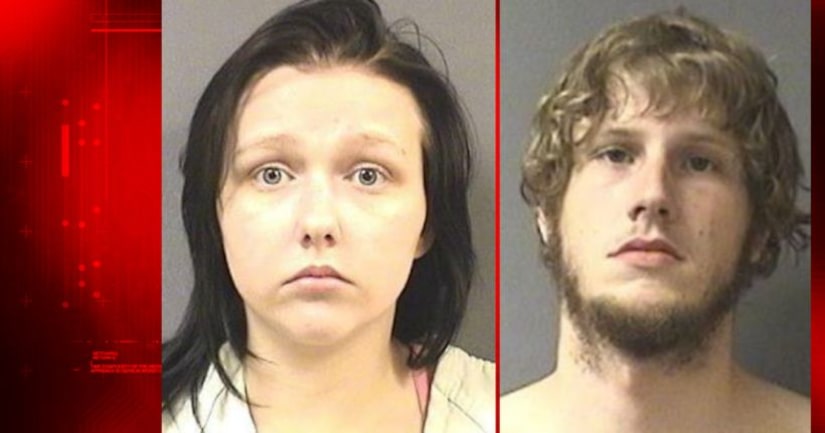 SUMMITVILLE, Ind. -- (WXIN) -- A newborn infant ended up with more than a dozen injuries including a broken femur, leading police to arrest her mother and father on neglect charges, investigators in Madison County say.

Police arrested Ryan Smith, 22, and Emily McCune, 19, after they brought their daughter to Marion General Hospital Sunday night. The baby had an injury to her left leg and evidence of other injuries, doctors said. Both face initial charges of neglect of a dependent causing serious bodily injury.

Court documents detail numerous injuries to the newborn, including a broken left femur, fractured ribs, a left forearm fracture, a fractured humerus in the left elbow and fractures to the right and left tibia.

The baby was taken to Riley Hospital Children at IU Health in Indianapolis, where a doctor said the injuries appeared to be consistent with twisting and pulling and were likely to have been inflicted.

The doctor also told investigators that it would have taken “significant force” to cause the injuries.

Summitville police interviewed McCune, the baby's mother, Sunday night. She recalled hearing a “pop” followed by the baby's crying. She and Smith waited nearly three hours before taking the baby to the hospital, only doing so at the advice of Smith's mother.

Police said that they didn't believe McCune ever hurt the baby. However, they also wrote that she was responsible for the abuse because she knew about it and failed to bring it to anyone's attention.

During his interview, Smith said he didn't know how the baby was injured. He said he was changing her diaper and she wouldn't stop crying. He told police he heard a “pop” while shifting her from his left side to his right side while he was holding her.