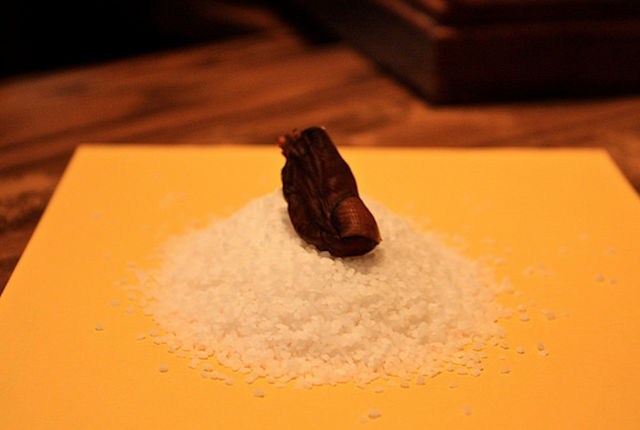 UPDATE June 23, 2017: Police told the Canadian Press they received a phone call on Tuesday afternoon from a man who said he mailed the toe to the hotel and offered a verbal apology. The package arrived with the amputated toe along with a letter of apology on Thursday, WPTV reports.

A bar in Canada is furious after a patron stole the secret recipe to the tavern’s signature cocktail: a mummified human toe.

The Downtown Hotel located in Dawson City, Yukon, is known for its “Sourtoe Cocktail,” a glass of whiskey that comes served with a severed big toe.

According to legend, a rum runner named Louie Liken had his frostbitten toe amputated in the 1920s and kept it preserved in a jar of alcohol. Fifty years later, a Yukon native found the preserved toe and took it to the Sourdough Saloon, where the bar began serving the toe in its cocktails. The Downtown Hotel continued the tradition — until this weekend.

According to the CBC, the Downtown Hotel reported Monday that the toe they’ve been using for the cocktail was stolen by a man from Quebec. The man reportedly convinced the bartender to let him drink a “Sourtoe” after the nightly 9 to 11 p.m. window known as “toe time.”

"One of the new staff served it to him to be nice. And this is how he pays her back. What a low life," Downtown Hotel spokesman Terry Lee told the CBC in a press release.

The man also reportedly boasted about wanting to steal the toe earlier in the evening, and left behind a certificate — complete with his name — that he received for finishing the drink.

The Downtown Hotel says the man will be subject to a $2,500 fine unless the toe is returned. The Hotel says they have “backup toes,” but “really needs this one back.”

This isn’t the first time the Downtown Hotel has faced down a toe thief. In 2013, the bar lost a toe when a patron swallowed the appendage whole along with his drink. The toe-eater immediately slapped the then-$500 fine on the table.