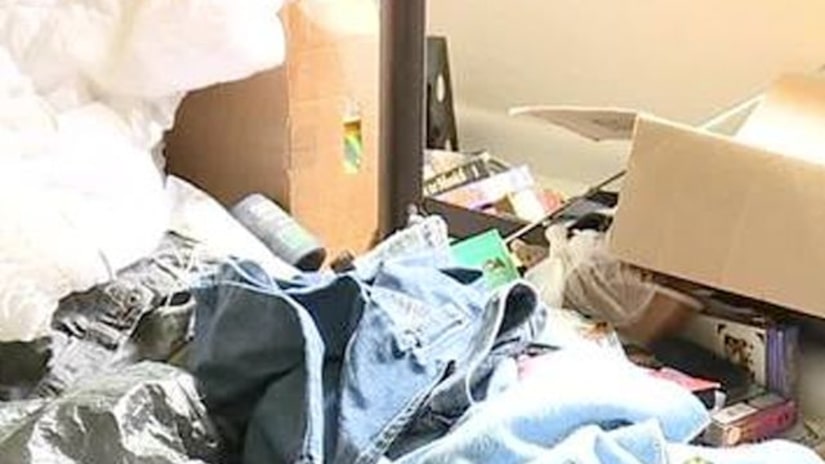 PUNTA GORDA, Fla. -- (WPTV) -- A Southwest Florida homeowner says squatters have been living in her home for two months and refuse to leave.

Lucila Gale of Punta Gora, Fla., turned to WFTX-TV in hopes of shedding light on the issue which she believes is a widespread problem in parts of Charlotte County.

A damaged ATV is parked in the front yard of Gale's home, she says it's a sign of the chaos squatters have created. “I cannot believe these people would do something like that. I mean they have destroyed everything, look in here, look in here!” said Gale as she opened a door with graffiti drawn on it.

Inside the room was a pile of what appeared to be dirty clothes. “Look in here," said Gale as she walked through the debris on her patio. "I am without words I am completely baffled about this whole situation."

Homeless people have taken over her home, trashing just about every corner of it. Gale says they even stole most of the furniture in the home.

The electricity in the home has been off for months and so has the water, but there was running water in the home. Gale believes the squatters somehow reconnected the water service.

Gale told Four In Your Corner her son, who once lived in the home, allowed a friend to stay there. She claims her son's friend invited other homeless people to the home and now they refuse to leave.

"These are people who don't belong in here,” said Gale.

Inside a back bedroom, a man lay shirtless on a twin bed while a woman stood over him eating a cookie. The pair claimed they had no idea they couldn't stay at the home even though they had never paid rent or any utility bills.

“You think you can live here free? said Gale. "Well," said the man. The female squatter also chimed in. “We didn't know any of the situation,” said the woman.

Florida Law requires that Gale formally evict the squatters through court which could take weeks. “I'm not in control of my own property; that cannot be! That cannot be.” said Gale.