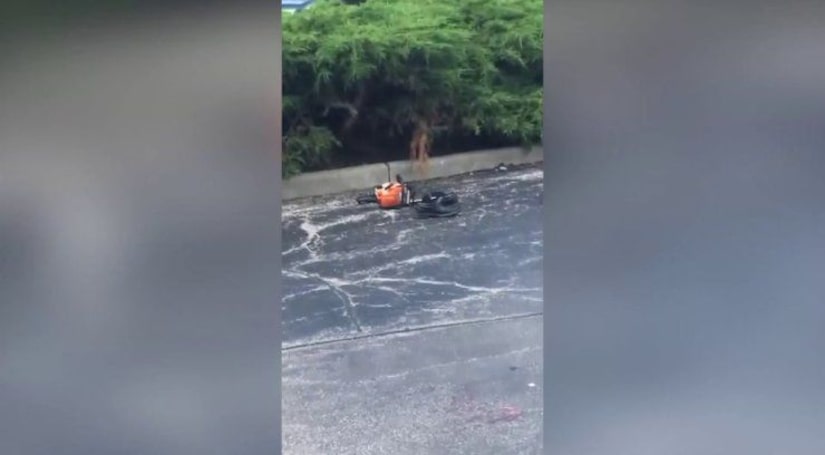 ARLINGTON HEIGHTS, Ill. -- (WGN) -- A man was hospitalized after he was attacked by another man with a chainsaw in Arlington Heights.

Police have a person in custody and charges are pending.

Police will only say they are investigating “a domestic situation that turned violent” in the parking lot in the 500 block of Golf Rd.

The incident happened around 1 p.m. when, witnesses say, the assailant crashed his car into the victim's and then went after him with the chainsaw as he tried to flee into a nearby business.

Witnesses say the suspect went after the victim's leg with the chainsaw. When it jammed, the victim was able to get away.

A woman was also involved in the incident and was unhurt.

The victim is expected to survive.