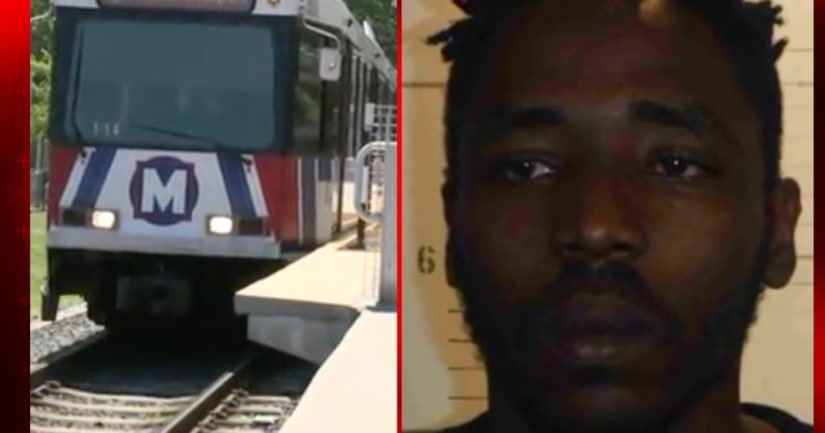 BELLEVILLE, Ill. -- (KTVI) -- A man was arrested in Belleville Friday after gruesomely killing his cat on a MetroLink platform.

According to Capt. Bruce Fleshman, a spokesman for the St. Clair County Sheriff's Department, 23-year-old DeCarlos Edwards Johnson-Foston had a kitten on his shoulder as he was about to board a train at the Belleville station.

When a security officer told him he couldn't take the cat on board the train, he threw the kitten on the ground and stomped on its head, killing it. He then jumped on a bus before anyone had time to react.

Deputies arrested Johnson-Foston when he reached the College Station bus stop. Fleshman said he had a robbery conviction on his record but nothing to do with animal abuse.

The St. Clair County State's Attorney's Office and sheriff's department is asking for anymore possible witnesses to come forward and call them.

Johnson-Foston is believed to have stolen money out of a wallet that was left on the bus, but has not charged with doing so yet.

“Obviously, something senseless like this is hard to comprehend at times," Fleshman said. "What would make somebody do this or why do this?"