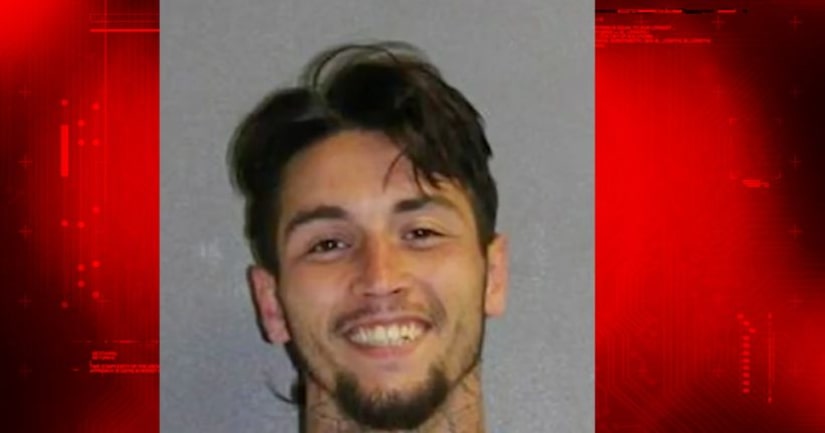 DELTONA, Fla. -- (WKMG) -- The Find My iPhone app helped lead deputies to a man accused of stealing an iPad from a Publix shopper, according to the Volusia County Sheriff's Office.

Raymond Ingberg, 28, was sitting outside a Deltona Publix on Sunday afternoon when a shopper asked him if he was hungry and offered to buy him food. The man accidentally left his iPad mini on the sidewalk next to Ingberg and when he came back from inside the store, both Ingberg and the iPad were gone.

"We were watching him go from one spot to the other," Rosa Campbell said.

"He said he was homeless to my son, and he went inside the store to buy him a sub and then he realized his iPad was gone," Campbell said.

That's when she said they used the Find My iPad application to find him. Campbell said she followed the map to a house where her iPad pinged and immediately called deputies.

"I was surprised because I had no idea that this person had burglarized anywhere else," Campbell said.

Detectives said it wasn't long before they connected Ingberg to a burglary at a home on Otis Avenue.

Nadie Knight said when she got home, she found her back door had been kicked open and her place ransacked.

"When you have a stranger that walks into your home and goes through all yourbelongings and touches your things, now you feel disgusted, like everything is unsanitized," Knight said.

Knight said what shocked her the most was when deputies showed her Ingberg's face.

"I said, 'You have to be kidding me. I've known him for years. He's done my tattoos.' I literally talked to him that morning."