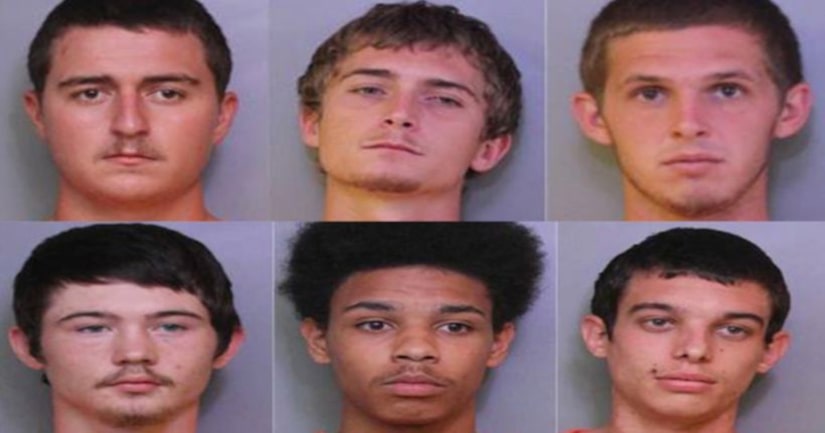 LAKELAND, Fla. -- (WKMG) -- A teenager and two of his friends, dubbed the "Bovine Bandits" by authorities, were arrested this week, accused of stealing eight cows in Polk County and selling them at an auction.

Jordan Ferguson, 19, Trevar Veltrop, 21 and Dalton Pelham, 22, were arrested on charges of felony grand theft of livestock and dealing in stolen property.

"Welcome to Polk County, where if you steal someone's cows and sell them at an auction, you get caught and get to be featured on the PCSO Facebook page," officials wrote. "Everyone, meet ... the Bovine Bandits."

The cows, three black, one brown and four calves, vanished in April from a pasture at West Bella Vista Street and Walker Road in Lakeland, deputies said. Officials said a fence had been cut, allowing the thieves to take the animals.

The theft was posted on Facebook, and deputies received a tip Tuesday that Ferguson, Veltrop and Pelham were involved, officials said.

Deputies said they learned that Pelham sold eight head of cattle at the Cattleman's Livestock in April. The stolen cows were worth $4,000, and the victims positively identified them as the ones they owned, deputies said.

The cows, however, have not been found, deputies said.

The Sheriff's Office said when the trio was confronted, they confessed to stealing the cows, selling them and pocketing the money.

The culprits were arrested and taken to the Polk County Jail.

"Steal a cow, go to jail. It's that simple," deputies said on Facebook. "We're still looking for the cows. #PCSO #AgCrimes #nocowleftbehind."