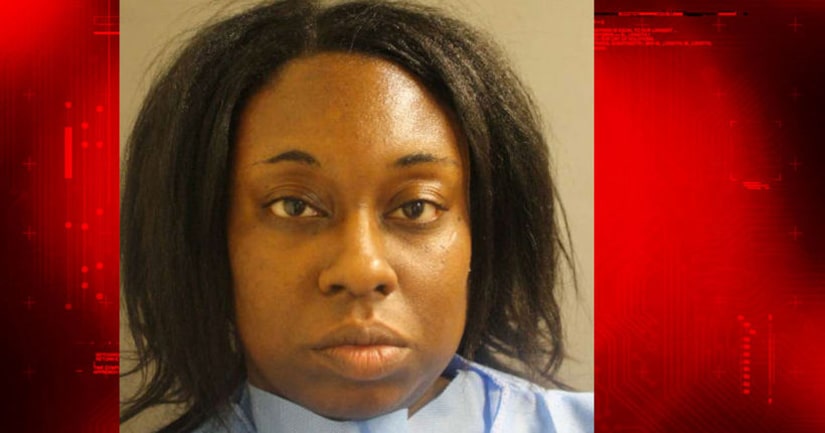 HARRIS COUNTY, Texas -- (KIAH) -- A traffic accident led to the arrest of a mother accused of killing her 4-year-old daughter on Father's Day and then leaving the horrific murder scene at the suspect's apartment in northwest Harris County, deputies said.

"If she hadn't gotten into a traffic accident, we may be still looking for her [and] not know where she had fled to," Sr. Deputy Thomas Gilliland said.

Investigators responded to a welfare check requested by the victim's family around 8:40 p.m. at the Timber Walk Apartments in the 5600 block of Timber Creek Place. Responding deputies were told Laquita Lewis, 34, had hurt her own daughter, Fredricka Allen.

Lewis and her boyfriend got into an argument before the child's murder, but investigators have yet to learn what it was about.

"Obviously, it was enough to escalate to where she killed the 4-year-old," Gilliland said.

When officers arrived at the apartment, they found a gruesome scene and the child dead.

"It's a very horrific type scene," Gilliland said. "Anytime you have the murder of a child, very terrible."

Lewis had been in a traffic accident around 6 p.m. Sunday on I-10 near 610 North. While she was being treated at the hospital, officers said she sent a text message to family members, telling them about the killing.

"[The family] had learned through text messages that she had her 4-year-old here, and in so many words 'sorry' for what she had did," Gilliland said. "Family members became very concerned and called 911."

Gilliland said it's unclear whether the mother was attempting to flee or simply go to another area.

Houston Police Department officers detained the woman at the hospital before placing her into the custody of HCSO homicide investigators. An HCSO Chaplin was asked to help family members and deputies deal with such a horrific scene, the sheriff's office said.