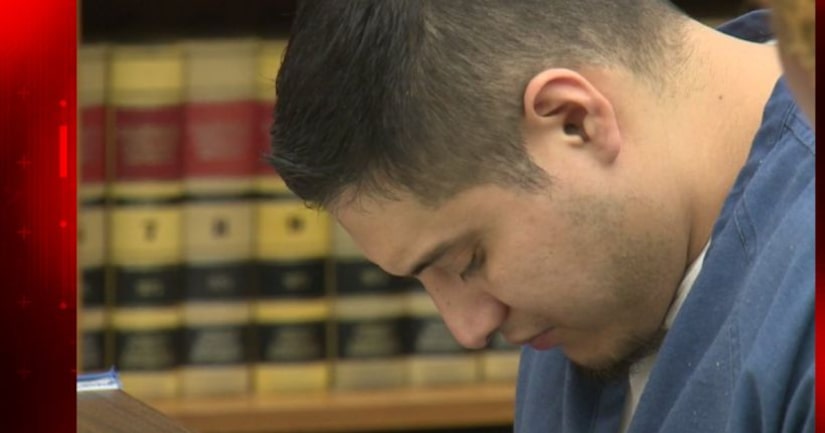 SAN DIEGO -- (KSWB) -- A Chula Vista man who kidnapped and raped a woman near Balboa Park after trying to abduct another woman on the same night last year has pleaded guilty to three felony charges Monday.

Ismael Hernandez Jr. will be sentenced to 55 years to life in prison on Oct. 20.

One of the victims testified that Hernandez came up from behind her as she emerged from a restaurant near Balboa Park with some take-out food about 9:30 p.m. on May 5, 2016.

”Jane Doe” said she noticed the defendant had a knife in his hand, so she threw her food at his face and ran back into the restaurant, and he took off in another direction.

She said she and her boyfriend drove around and looked for her attacker, but were unable to find him. She said she called police the next day when she watched a news report about a rapist near Balboa Park.

The other alleged victim, Rebecca, testified that she walking back to her car in the same vicinity near the south end of the park about 9:45 p.m. when Hernandez came around a corner, got in her face and said, “Don't scream.”

The woman testified that Hernandez had a knife and told her to be quiet or he would hurt her. She said Hernandez walked her to a nearby area and sexually assaulted her, then moved her to a second location, where he forced sex acts with her again.

After the 2œ-hour assault, she said she started to put her clothes back on and Hernandez took off. She said she flagged down a pizza delivery driver and called police.