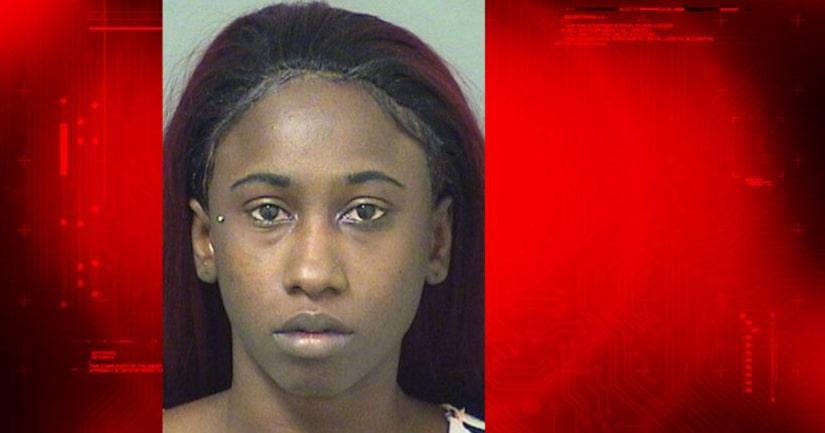 BOYNTON BEACH, Fla. -- (WPTV) -- A Boynton Beach woman is charged with felony child neglect after a police officer interviewing her in the apartment noticed a child handling a loaded handgun.

A Boynton Beach police officer, along with an investigator from the Florida Department of Children and Families were called to a residence to speak with Rosalyn Faniel in regards to allegations of neglecting a child.

Police received complaints that a man is selling drugs from the one-bedroom apartment and that people are in and out of the home at all hours of the night.

While the police officer and DCF investigator was interviewing Faniel in her living room/kitchen area, the officer noticed a child bringing his toys out of the bedroom and into the living room.

While speaking with Faniel, the officer saw the child take a black semi automatic pistol out of a box. The officer immediately went over to the child and pulled the pistol from his hands.

Police say the 9 mm pistol was loaded with one in the chamber and the safety off.

Faniel told police the gun was not hers and that she didn't know the weapon was in the apartment.