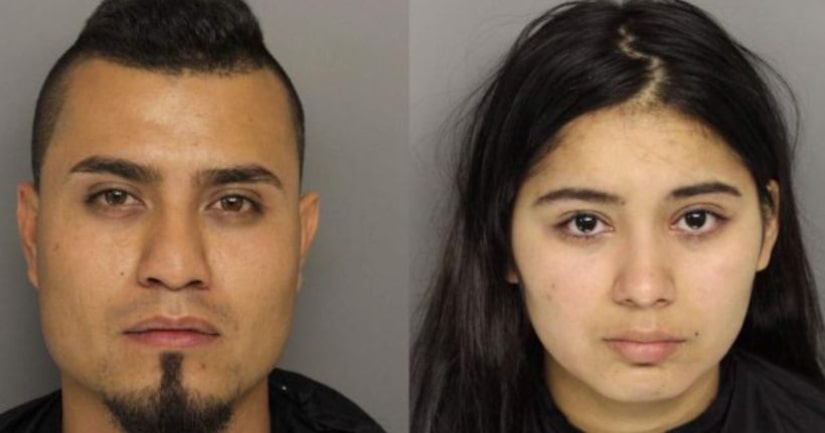 GREENVILLE, Co., S.C. -- (KRON) -- A man and woman are accused of child abuse after a 5-month-old was taken to the hospital with severe oral trauma, according to the sheriff's office.

Ricardo Perez Salas, 23 – Charged with Child abuse and Unlawful Neglect of a Child – No bond.

At some point between June 10 and 11 – the child starting crying and Salas put his finger down the throat of the child for an extended period of time, causing the damage, according to the report.

Deputies say Salas and Marroquin tried to cover up the incident and held off on getting the child medical attention for several days.