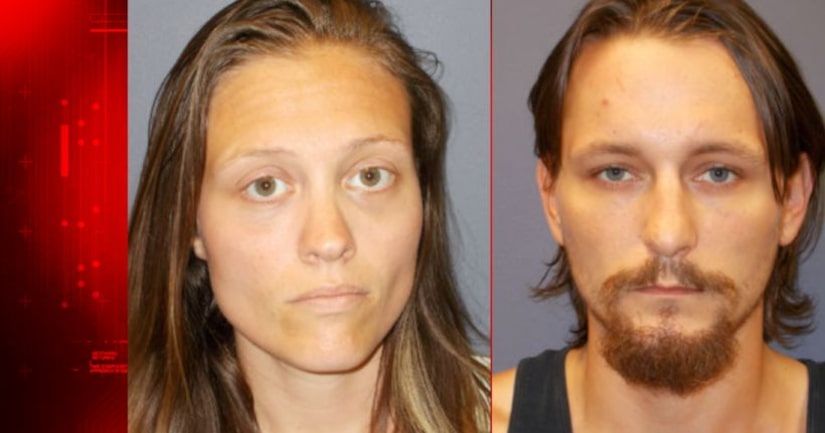 TIPTON, Ind. -- (WXIN) -- Two people were arrested in Tipton Thursday after police say they starved a 5-year-old boy as punishment.

AshLeigh N Peach, 30, and Johnathan M Parsley, 28, are both being charged with neglect of a dependent resulting in serious bodily injury, a level 3 felony.

Tipton police and the Department of Child Services received anonymous calls reporting suspected child abuse on June 5. The next day, DCS and police took possession of the child in question. Six other children living in the same house were also removed, but at a later time.

The young victim was transported to Riley Hospital for Children, where police say he was treated for severe malnutrition. Medical staff reported that the child only weighed 32 pounds at the time and was in the 1.9 percentile for weight of children his age.

The child reportedly stayed in the hospital for eight days until doctors said he was going to make a full recovery from the starvation.

On June 7, authorities served a search warrant at the Tipton home. There, officers say they located surveillance equipment used to watch for the child attempting to sneak food out of the kitchen.

“It was deemed that the door alarm was used to keep the victim child confined to the bedroom for extended periods of time as punishment,” said police.