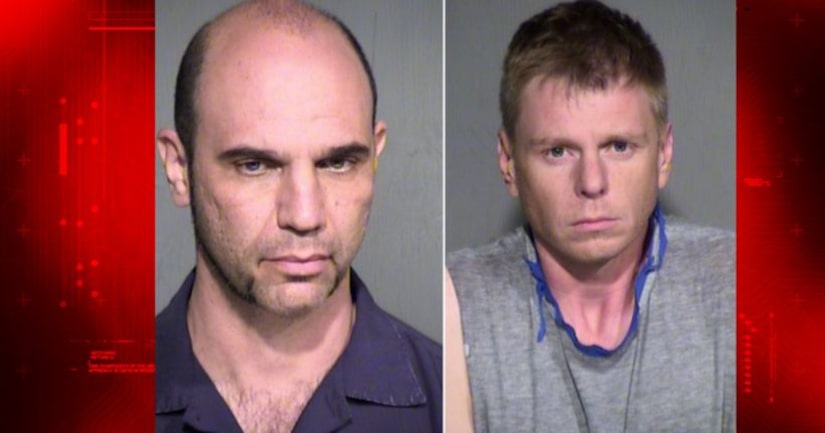 Police report that on June 14 the Arizona Internet Crimes Against Children Task Force served a warrant on a home near 12th and Peoria avenues. On a computer tablet found inside the home, they allegedly found numerous images and videos depicting children, some as young four months old, engaged in sex acts.

Both 45-year-old Cesar Ferrari and his husband 39-year-old Thomas Sebashtzen Rowan admitted to owning and downloading the videos to the tablet.

Police say they both also admitted to entering chat rooms and conversing with other suspects, even those involved with child molestation.

Ferrari teaches piano lessons to children under 10 years old and reportedly admitted to police that he touched three male students on the thigh and became aroused.