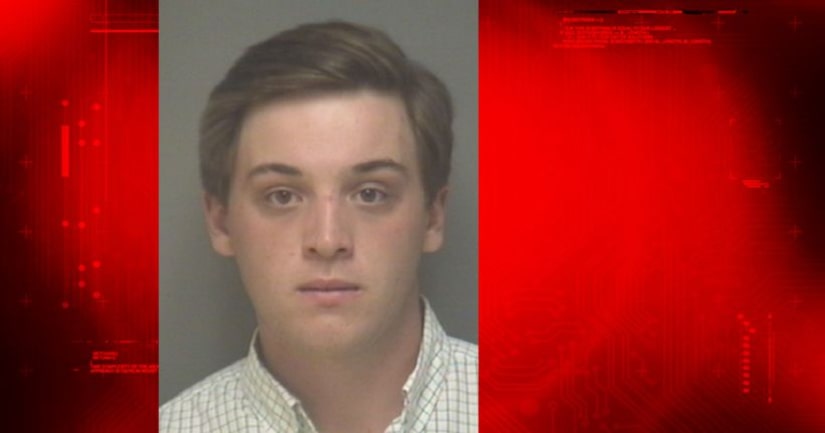 CHARLOTTESVILLE, Va. -- (WTVR) -- A Richmond man has been charged with rape from an alleged incident that took place in Charlottesville in February.

Stephen Dalton Baril, age 20, was at the time enrolled at the University of Virginia, according to police. He turned himself in at the magistrate's office on Wednesday, reports Newsplex.

Baril faces charges of rape and forcible sodomy for an incident that occurred on Feb. 1.

In a bond hearing on Monday, Assistant Commonwealth's Attorney Areshini Pather outlined the allegations against Baril.

Pather said Baril bought the victim, also a UVa. student, a shot of alcohol at Trinity restaurant and then walked with her to his apartment.

Pather said the woman used Baril's bathroom and when she came out, Baril was in his underwear. He allegedly then assaulted her on the bed, and bit her lip and breast.

The woman later went to the hospital where Pather said an exam revealed bruising on her body and vaginal tearing.

Pather, according to the Washington Post, also said that the victim received a text from Baril after the alleged assault, which read: “I'm sorry if I got overly excited.”

Baril's father, Richmond attorney Steve Baril, told the court that his son would not have access to drugs or alcohol in his custody, according to the Washington Post. He also said that Baril is no longer enrolled at the University of Virginia.

Judge Bob Downer ordered him to live with his parents in Richmond, and to be monitored by GPS. He is also ordered to stay away from the accuser and witnesses in the case.

Baril's family has a long lineage in state Republican politics and a connection to UVa. In 2005, his father lost the Republican nomination for attorney general of Virginia to Robert McDonnell.

His mother, Mary Dalton Baril, according to the Washington Post, is an UVa. alumna.

He is the grandson of John N. Dalton, who served as the 63rd governor of Virginia from 1978 to 1982 – and who graduated from Virginia.