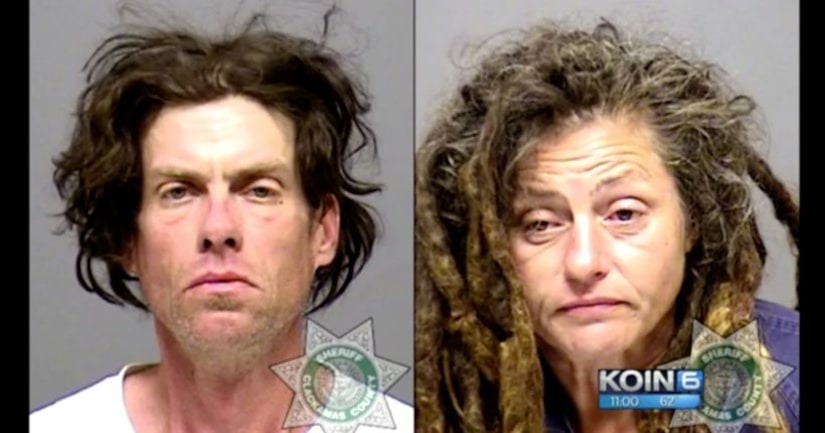 MILWAUKIE, Ore. -- (KRON) -- Two people were taken into custody after they allegedly kidnapped a woman, tied her up and tortured her in a motor home.

Sheriff's deputies were first notified of the incident after a Good Samaritan had a chance encounter with the 31-year-old victim Monday morning on Courtney Avenue.

“When she looked me in the eyes, I could tell that something was seriously wrong,” the Good Samaritan told KOIN 6 News. “She looked like she had been through a rough couple of days. You could tell by her eyes that she needed help.”

The Good Samaritan said the woman asked her to call 911. She said she was hesitant at first because the woman motioned to her to walk away.

But she ended up dialing 911 and learned the woman had been kidnapped.

“You don't think anything like that would happen,” she said.

She said she had been held against her will.

Investigators later said Michael Gray Wilkins, 47, and Leslie Jacobs Weeks, 49, had been holding the woman hostage for nearly 12 hours. During that time, they allegedly zip-tied, gagged, Tasered and assaulted her, deputies said.