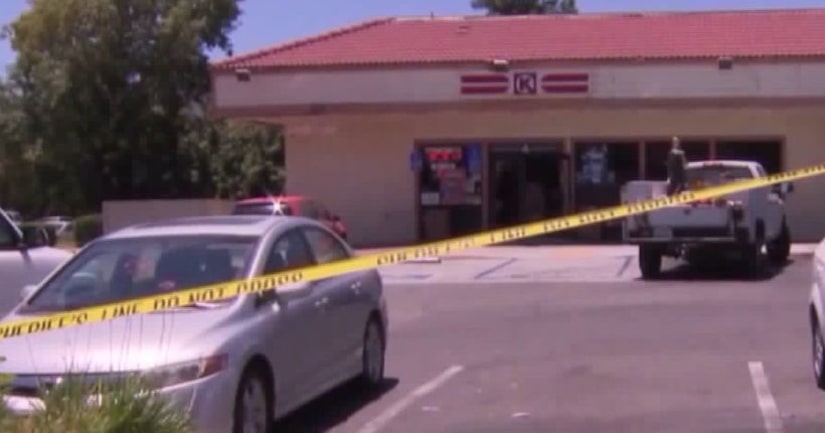 Officers responded to the Circle K, located in the 16300 block of Lakeshore Drive, about 5:20 a.m. to a report of an assault with a deadly weapon and found a male victim, the Riverside County Sheriff's Department told KTLA.

The victim, identified by family members as 49-year-old Eric Whitcomb, was shot in the street near the store, officials said.