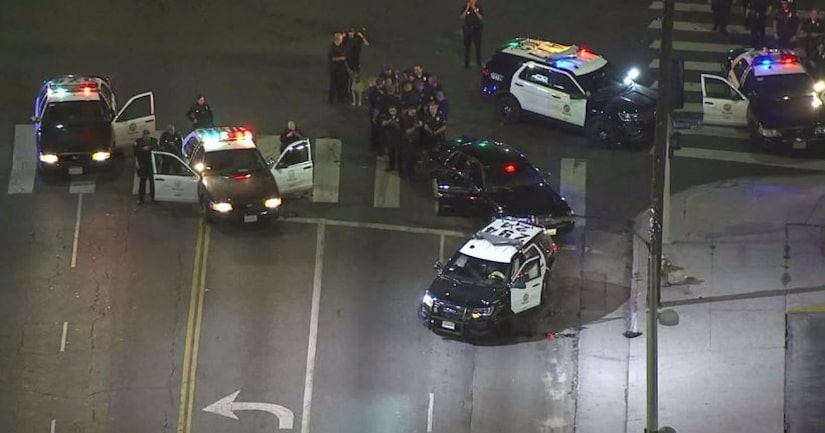 Officers did not immediately disclose how or when the vehicles were stolen, or where they were taken from, but investigators do believe they were from the Central and South divisions.

At some point during the day, officials realized the cruisers were missing, but were not able to find them immediately because they were not equipped with GPS devices, authorities said.

Eventually, an officer spotted the two vehicles together and a chase began.

The cruisers were traveling together as police followed in pursuit, according to Officer Tony Im with the Los Angeles Police Department.

Officers located the vehicles in the 400 block of East 61st Street around 9:30 p.m., Im told the Los Angeles Times. 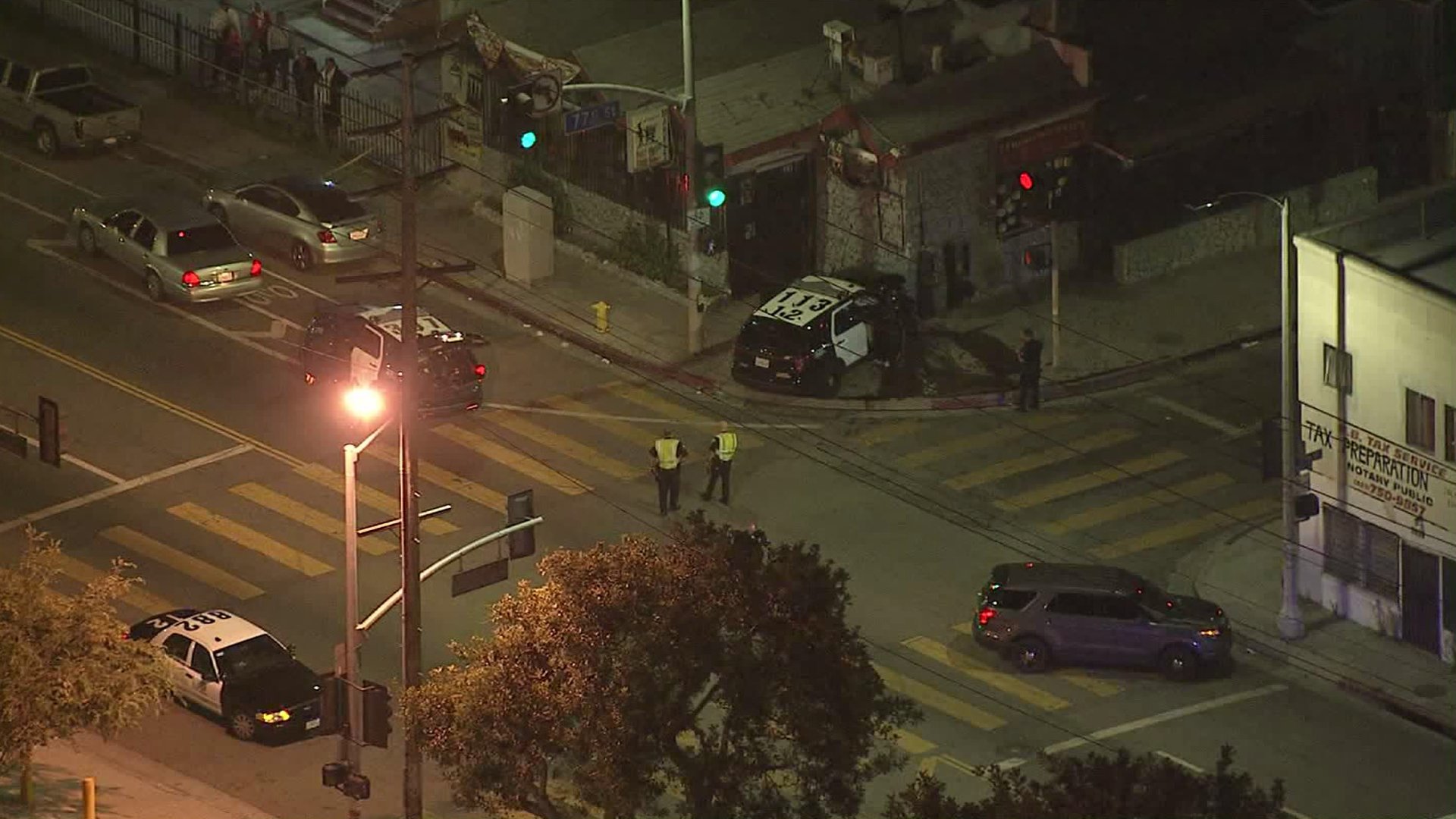 KTLA
Officers respond to the scene where a stolen police cruiser crashed in South L.A. on June 14, 2017.

One vehicle crashed at the intersection of 77th and San Pedro streets in the Florence area of South L.A. and a person was taken into custody, Im said. Aerial footage showed the police cruiser crashed into a building at the intersection. Sky5 was over the scene as officers responded around 10 p.m.

As units continued in pursuit of the second stolen police vehicle, officers crashed near the intersection of Gage Avenue and Broadway. The officers were OK but were likely be taken to a hospital for treatment, police said.

The second stolen vehicle then crashed at the intersection of Central Avenue and Adams Boulevard in Historic South-Central Los Angeles, and the second teen was taken into custody, according to LAPD.

Sky5 video from the scene appeared to show a second, civilian vehicle that had been involved in that crash.

Police said the teens may have had the vehicles all day, but they apparently did not use the police computers and no weapons were in the cruisers at the time they were taken.

An investigation is underway to determine what the teens did with the vehicles while they had them.

Three people total were in custody, an LAPD spokesman said Thursday morning. The spokesman had no further details.