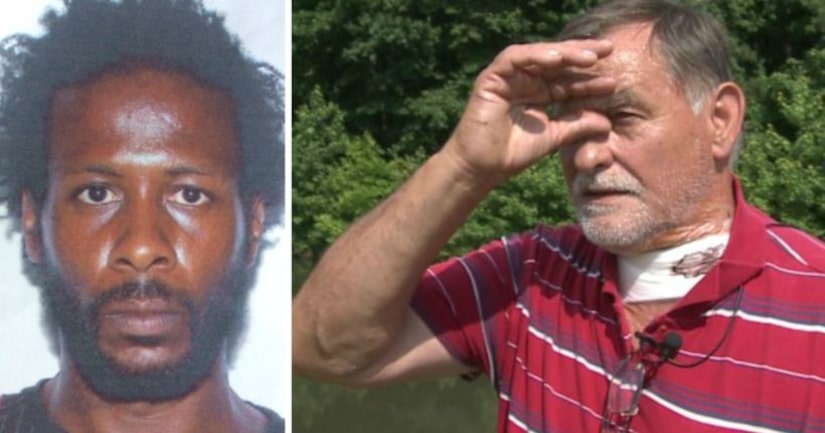 PETERSBURG, Va. -- (WTVR) -- A man was arrested and charged in connection to a violent attack in Petersburg.

Christopher Taylor, 32, of Petersburg, was charged with Attempted Murder and Aggravated Malicious Wounding. He is accused of slashing the throat of Petersburg businessman Bill Sizemore.

Sizemore said he was visiting his mini-golf and go kart business on South Crater Road Sunday when he saw a man standing in the woods nearby.

Sizemore, who said he prides himself on helping those in need, went to check on the man.

"When I get to about within 15 feet of him, I ask him, if he's OK," Sizemore said. "As I reach over, walk over and start pointing to the lake, he reaches behind me and cuts me, cuts my throat with a box cutter."

The stranger ran off.

Sizemore drove himself to the hospital.

"I'm holding my neck, blood is going everywhere," he said. "As much as I was bleeding, I decided, it was better for me to get in my car and drive, a block, two blocks to the hospital than it was to call for assistance."

The box cutter missed Sizemore's major arteries and muscles, but he lost a lot of blood in the attack. He received four units of blood and underwent three hours of surgery.

He was able to give police a very detailed description of the suspect.

Using security video from a nearby Wawa, police identified a suspect and made an arrest while investigating a recent robbery.