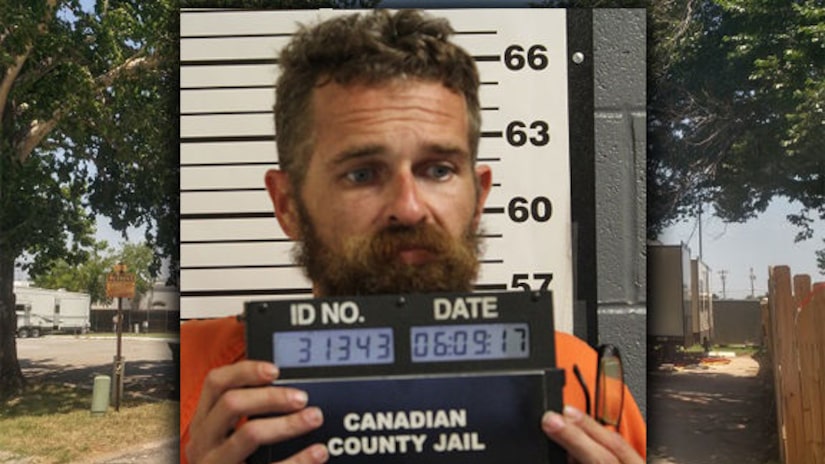 YUKON, Okla. -- (KFOR) -- An Oklahoma man was arrested after he allegedly conspired to sexually abuse a newborn baby.

On June 8, the Midwest City Police Department contacted the Canadian County Sheriff's Office after gathering evidence Daniel Thomas J. Deffner, 39, of Yukon, traded child pornography and was engaged in a discussion involving child exploitation with a person in Midwest City.

Officials say the Midwest City Police found Deffner was messaging a pregnant woman, who lives in Midwest City, through Facebook.

Authorities say Facebook messages show the two planned to rape, torture and sexually molest the child growing inside of the pregnant woman.

The man reportedly described in great detail the horrific sexual acts he desired to perform on the infant as soon the child was delivered.

Officials say the mother of the child not only agreed to allow Deffner to live out his sexual fantasies on her newborn baby, but stated that she would take part in it as well.

“This is one of, if not the sickest things I've ever heard of, and I can't describe the evil and deranged details of what they were planning to do to this innocent and defenseless baby,” Canadian County Sheriff Chris West said in a news release.

While investigating Deffner, authorities said they also determined the identity of an 11-year-old Oklahoma County girl Deffner had allegedly manipulated into sending nude photographs of herself. He also allegedly orchestrated a personal encounter with the child earlier this year.

Deffner was arrested on June 9 in Canadian County.

He is currently facing charges for Procuring a Minor in Child Pornography, Possession of a Controlled Dangerous Substance, and one count of Possession of Drug Paraphernalia.

“It sickens me to no end that an 11-year-old girl spent any amount of time alone with such a sick and demented individual as Deffner. I pray that baby wasn't scarred for life,” said West.

Authorities say the pregnant woman's children have been placed into protective custody with the Oklahoma Department of Human Services.

Her identity has not been released at this time.

Officials with the Canadian County Sheriff's Office say charges on the woman are being handled by the Midwest City Police Department.