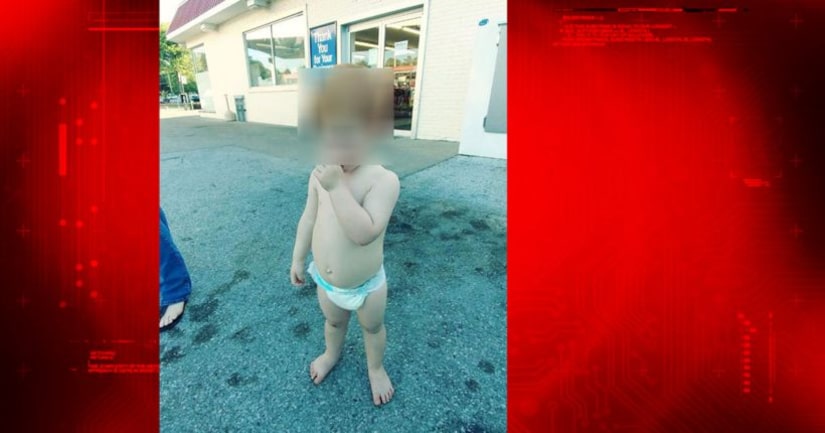 HUNTINGBURG, Ind. -- (WAVE) -- Police in a Dubois County community spent part of Tuesday morning trying to locate the parents of a toddler who was spotted attempting to cross a highway.

The Huntingburg Police Department posted a message on its Facebook page just before 8:30 a.m. Tuesday that said the boy was found about 7 a.m. trying to cross US 231 in the town. A photo that accompanied the post showed a red-haired boy wearing only a diaper and sucking his thumb.

The child, who's about 2 years old, and his parents have since been identified, the police department posted later in the comments section below the photo.

The Department of Child Services responded to the scene, police said.

There was no immediate word on how the boy ended up on the road or whether any charges will be filed against his parents.