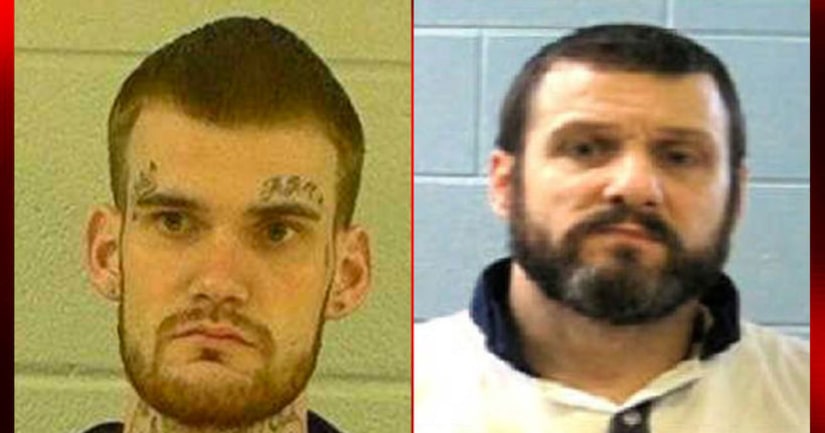 PUTNAM COUNTY, Ga. -- (WGCL) -- Two Baldwin County Prison inmates being transported in Putnam County have shot and killed two corrections officers and police are currently searching the area for their vehicle, described as a dark green 2004 Honda Civic with the Georgia license tag of RBJ6601.

The incident happened around 6:45 a.m. on Highway 16 near Sparta, about 80 miles east of Atlanta. Police say the inmates were being transported when they overpowered the two officers, one of which was driving the transport bus. They disarmed one of the officers and fatally shot both. Both suspects then carjacked the Honda Civic they're currently traveling in and fled west towards Eatonton.

Thirty-one other prisoners were aboard the bus and all stayed behind until officers arrived on scene.

Rowe, a repeat offender currently serving life without parole, was imprisoned after being convicted on charges of armed robbery and aggravated assault. He is described as a white male standing around 6'2" and weighing about 150 pounds. He has brown hair and blue eyes.

DuBose was imprisoned after being found guilty of armed robbery, aggravated assault, credit card fraud and theft by taking. He is described as a white male standing about 6 feet tall and weighing about 150 pounds. He also has tattoos on his face.

Crews have shut down Highway 16 near Texas Chapel Road as the GBI investigates the scene. Both are believed to be armed with the .40 caliber Glock pistols that they took from the officers.