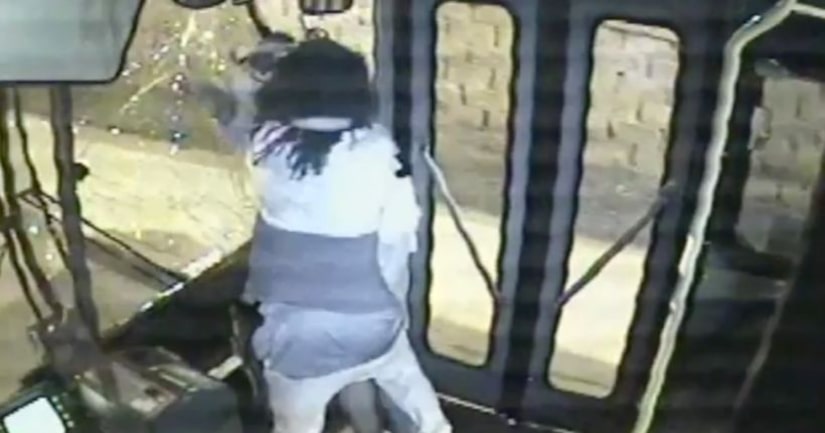 KANSAS CITY, Mo. -- (WDAF) -- A fight on a KCATA bus Saturday night ended with one person being stabbed and both men going through the bus windshield.

Surveillance video shows a woman who was sitting across the aisle from the men take two small children to a rear exit of the bus as the men continued scuffling next to the driver.

They crashed into the front windshield, shattering it, and at one point both of them were hanging out the front of the bus as one them held a knife.

Police say one person was stabbed, they haven't announced any arrests.

FOX 4 showed the video to bus passengers who were shocked by the way things that played out, but not necessarily surprised by bad behavior on the bus.

“The fact that happened is not a surprise to me, when you have people who are on drugs and hop on the bus, who are tweaking and intermingling with the public and people have children, it's a safety issue and it needs to be addressed promptly," Lloyonda Johnson said.

“No matter how it started no matter who is to blame for it, you still got to conduct yourself in a manner of way you could talk about it, rather than fight," Marquand Stockdale said.