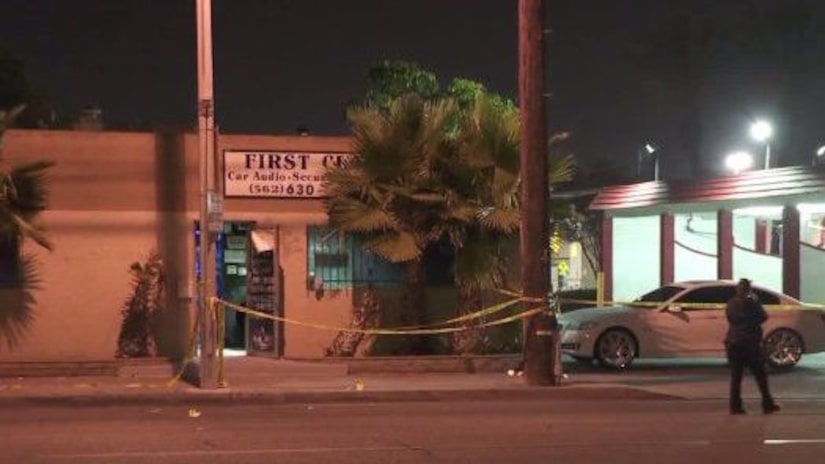 DOWNEY, Calif. -- (KTLA) -- Two men were killed and another was injured in a shooting in Downey Monday night, officials said.

Downey Police officers responded to reports of a shooting about 8:15 p.m. in the 8800 block of Rosecrans Avenue.

The third victim was treated at a hospital for gunshot wounds, but his involvement is unclear, police said in a news release.