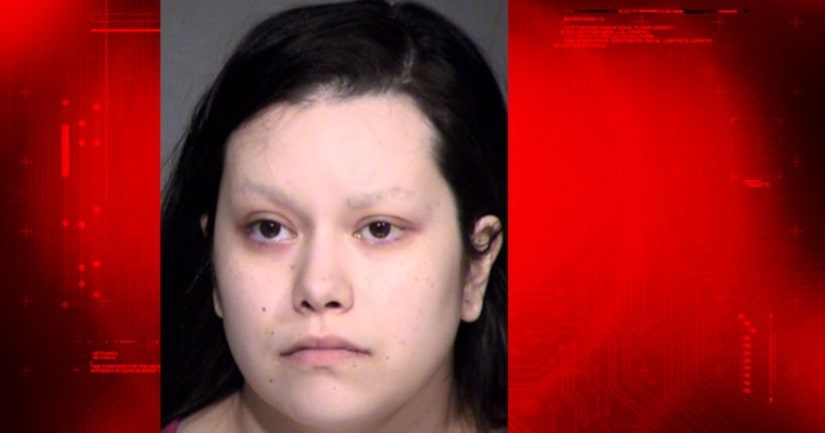 GLENDALE, Ariz. -- (KNXV) -- A 6-month-old girl is dead after being smothered with a comforter by her mother.

Glendale police arrested 23-year-old Amber Cherie Sagarnaga on Friday night after her fiancé found the child lifeless when he returned from work.

Police report that when they arrived at the home near 67th and Glendale avenues, the mother was 'lacking emotion' while the father was on the phone with 911, while doing CPR.

The 6-month-old child was taken to a local hospital where she was pronounced dead. Police say the child had severe diaper rash and was wearing a diaper that appeared hadn't been changed for more than a day.

The child's father reportedly told police that Sagarnaga suffers from depression and self-medicates with marijuana. When he came home and found the child not breathing, he started CPR but then stopped and allegedly told Sagarnaga to start cleaning the house, as he was in fear of them losing their two other children ages two and three.

He then reportedly went to a neighbor's house, told them what happened and called 911.